China built 200 model villages in the border areas of India 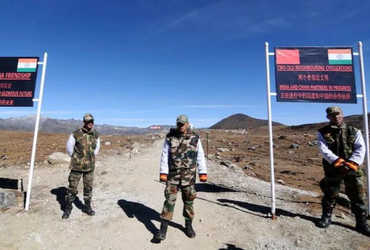 China has built 200 model villages on the Indian border. In fact, China is building a bunker in the model village and a road across the village to the border. On the other hand, in Sikkim, clashes between Indian and Chinese armies continued even after a face-off at Doklama, the India-China-Bhutan trijunction. Till just six months ago, there had been many clashes between the armies of the two countries. However, the skirmishes between the two armies in Sikkim stopped after the Galwan Valley incident.

China has withdrawn troops from strategically important areas in eastern Ladakh including Pangong Tso Lake, Gogra, but the Indian Army is fully prepared given the character of China. After the Doklam faceoff, China has started increasing its strength in Tibet near the Sikkim border. China has been rapidly building wide and paved roads near Sikkim since 2015.

According to Indian military sources, the tension between India and China started from Nakul in Sikkim. Then came the Doklama dispute and then came the conflict in Galwan Valley. In this, China has started work rapidly in the border areas of Sikkim and Arunachal. In fact, China’s intentions in Doklam did not succeed. Since then, China has also suffered a setback in Galvan. In that China has a very good idea of ​​its reality.

China plans to house people of Tibetan origin in this model village, but has built the model village so cleverly that it can be used as a bunker. But India is fully aware of this move of China and India is also fully prepared. The only Tibetan plateau in North Sikkim is on the Indian border. The Indian bunker here is completely ready and it has an eye on every activity of China. The Indian Army is equipped with all kinds of state-of-the-art weapons here.

However, at such a height, the Indian Army has to deal with the weather along with China. The bunkers of the Indian Army are at an altitude of 15,000 to 20,000 feet. Here it is difficult to fight a war with a helicopter or fighter plane in bad weather. That’s why India has deployed Bofors cannon here. Bofors cannon can attack the enemy in a short time. Arjun tank has also been deployed here.