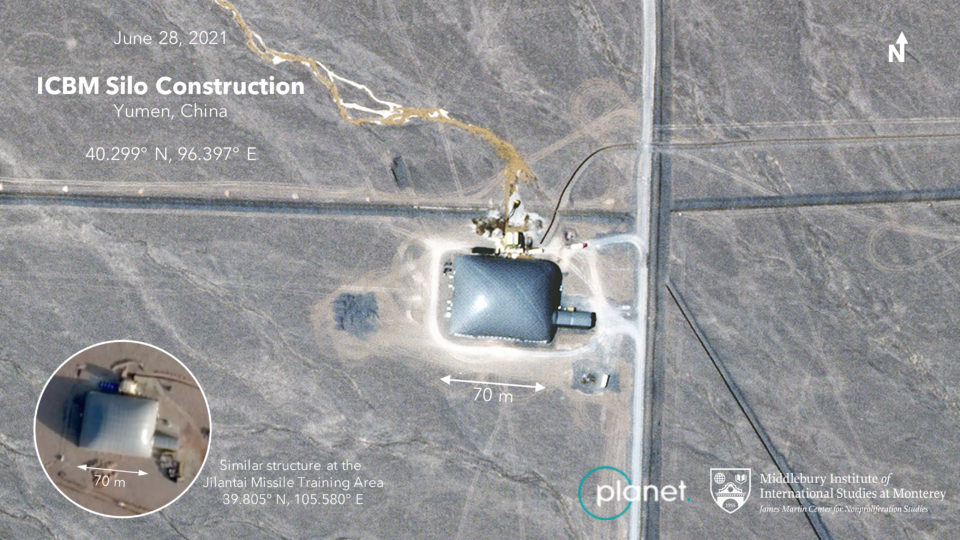 New satellite images reveal that China is building its second nuclear missile silo complex, the Federation of American Scientists (FAS) reported this week. Construction in Hami City, Xinjiang, began in March 2021 and covers an area of ​​800 square kilometers. Researchers believe the site will have around 110 silos for storing nuclear weapons.

The construction follows the same pattern as that found in Yumen, Gansu province, after analysis of satellite images carried out by researchers at the James Martin Center for Non-Proliferation Studies (CNS) in early July.

“The construction of silos in Yumen and Hami is the most important expansion of the Chinese nuclear arsenal of all time,” says the FAS, noting that China has for decades operated twenty silos for intercontinental ballistic missiles DF -5.

“With 120 silos under construction in Yumen, 110 other silos in Hami, ten silos in Jilantai [Mongólia Interior] and perhaps more silos are added in areas where DF-5s are already deployed, the People’s Liberation Army Rocket Force (PLARF) appears to have around 250 silos under construction – more than ten times the number of ICBM silos in operation today, ”said the researchers.

They also said that the construction of these facilities is the largest since the Cold War era.

It is unclear how China will exploit the new silos: whether it will load them all with missiles or whether one part will be empty. Despite this, the American federation estimates that the construction represents a significant increase in the Chinese arsenal, which currently comprises, according to the organization’s estimate, around 350 nuclear warheads.