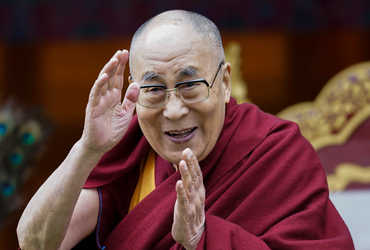 According to China, this step of America is tantamount to interfering in their internal affairs.

During his visit to India, US Secretary of State Anthony Blink met a representative of the Tibetan Buddhist cleric, the Dalai Lama, who has provoked China. According to Beijing, this is a violation of the US commitment to recognize Tibet as part of China and not support Tibet’s independence.

In addition, Blink also met Gesh Dorji Damdul, the director of Tibet House in Delhi. This is the first time that a US government minister has met anyone associated with Tibet’s government-in-exile since US President Barack Obama met with the Dalai Lama in 2016.

China has taken a tough stand on this tour. According to China, this step of America is tantamount to interfering in its internal affairs. “The Tibet issue is purely an internal matter of China,” Chinese Foreign Ministry spokesman Zhao Lijian said. No foreign interference can be accepted.

He further said that the 14th Dalai Lama is not a religious person but a politically exiled person who has taken refuge in another country. It has long been engaged in anti-China activities and efforts to separate Tibet from China.