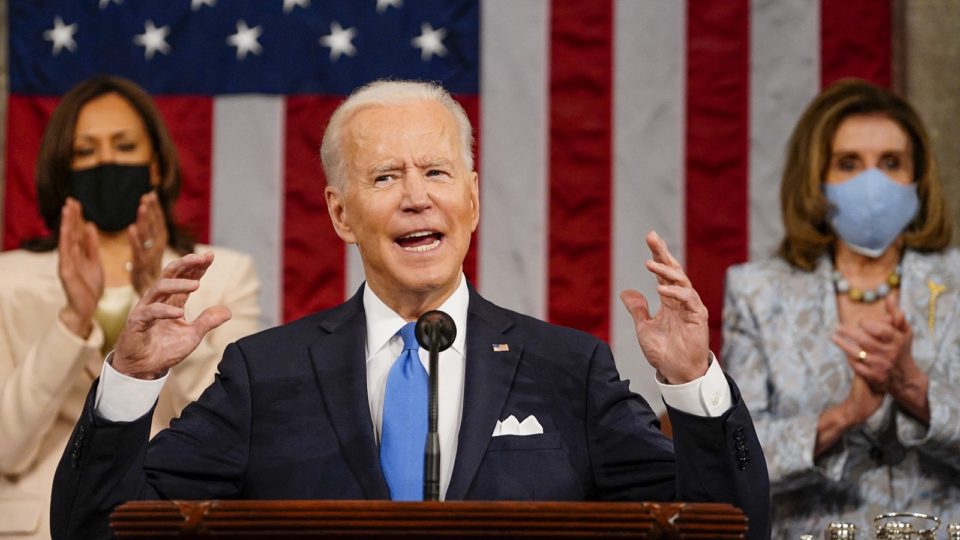 On Wednesday (28), the new President of the United States, Joe Biden, delivered his first speech to a joint session of Congress. He presented his plans for the economy, for social protection projects, for trade and for international and security issues, especially relations with China. In the most recent column of our space, we comment on the internal issues and historical references of this discourse. Now, let’s take a look at the international and security guidelines present in the speech.

The main external reference was China. As already mentioned here in this space, and also in the course held by Gazeta do Povo, it is a mistake to think that the Biden administration will be very different from the Trump administration when it comes to China. The changes will be more on the label, not the substance. The same mixture of negotiation with distance, the same pressure for the allies not to adopt Chinese technologies in their infrastructures and the same flexing of military muscles in the Indo-Pacific region.

The difference is that now they will be accompanied by statements calling for conversations and restraint, as well as the necessary negotiations between two powers of this size. For example, climate issues, like the summit last week, or global security issues, like Iran. Even in cooperation, however, one should not expect an intense and colorful friendship, as Biden made clear in the various references to the Chinese. his speech.

“The United States is moving forward, but we cannot stop now. We are competing with China and other countries to win the 21st century. We are at a great turning point in our history ”. Speaking of his plan to create economic jobs and the trillion dollar investment program, Biden argued that “there is no reason why wind turbine propellers cannot be made at Pittsburgh and not Beijing. Nothing. ”Citing Pennsylvania’s second-largest city, Biden also winked at the state where he beat Trump by just 80,000 votes apart.

Another link between domestic politics and relations with China was made when Biden reminded members of Congress that he spent a lot of time with Xi Jinping, when they were both vice presidents of their country. “We can’t be so busy competing with each other that we forget about the competition we have with the rest of the world to win the 21st century.” In other words, regardless of Republicans, Democrats, and Trumpists, members of Congress need to remember their commitment to the country.

“I spent a lot of time with President Xi – I traveled more than seventeen thousand kilometers with him; I have spent, I am told, more than 24 hours in private discussions with him. When he called me to congratulate me, we had a two hour conversation. It looks forward to becoming the most important and the most important nation in the world. He and others – the autocrats – believe that democracy cannot compete with autocracies of the 21st century because it takes too long to reach consensus.

Also in relation to the Chinese, Biden said he would seek to “make sure that all nations follow the same rules in the world economy, including China,” a less veiled reference to intellectual property disputes and manipulation of currencies, among others, that the United States government vis-à-vis China. The most aggressive point of the speech was also related to relations with China. “I also told President Xi that we would maintain a strong military presence in the Indo-Pacific, just as we do with NATO in Europe – not to start a conflict, but to prevent one.”

Another point that was highlighted in Biden’s speech was the withdrawal of American troops from Afghanistan, in which he reflected on the role of the United States in the country, the length of the war and also tried to demonstrate a link between him and the ordinary viewer. United States, when he said, “I am the first president in forty years to know what it means to have a child serving in a war zone.” Regarding the long-standing conflict, “today we have soldiers serving in the same location as their parents. We have soldiers in Afghanistan who were not even born on September 11 ”.

Finally, that the war in Afghanistan was not to be a “multigenerational nation-building feat”, but that “we went to Afghanistan to look for the terrorists”, and that as the country “picked up” Laden and destroyed the threat of al-Qaeda in Afghanistan, it is time to leave. It is important to remember that al-Qaeda lost a lot of strength in Afghanistan, but not completely, and that part of its local downfall was due to rivalry with the Taliban, the main Afghan group and this did not mentioned in the speech. Maybe because it’s an imminent threat to the Afghan government, and the Biden government knows it.

In the same context, Biden raised concerns about terrorism, which has metastasized since 9/11, with threats from Al Qaeda and Daesh from Yemen, Syria, Somalia and elsewhere ” in Africa, the Middle East and beyond ”. Interestingly, Biden didn’t mention Libya, one of the epicenters of instability in the world today. Perhaps because it is a direct consequence of the irresponsible actions carried out by the government of which he was a part? Maybe, just ask him.

The US president, speaking of terrorism, also said that “we are not going to ignore what our intelligence agencies have determined to be the deadliest terrorist threat to the homeland today: white (ideological) supremacy is the terrorism. We are not going to ignore that too ”. It is an observation that has already been brought to readers in this space, that US intelligence services classify racist and anti-federal groups in the south as the greatest terrorist threat in the country.

Besides China, another country that deserved special attention was Russia, with Putin cited by name. Biden defended US sanctions against Russia, said provocations and cyber attacks would not be tolerated, but that “we can also cooperate when it is in our mutual interest. We did it by extending the new START treaty on nuclear weapons and we will do it on climate change ”. The climate was at the origin of the ephemeral citation of India and the European Union.

Two themes close the guidelines of the international discourse. Mention of Iran’s and North Korea’s nuclear programs “serious threats to US and global security,” Biden saying the country will work with its allies to address these threats, “through diplomacy or deterrence.” . Two problems which, even, would hardly be solved without the collaboration between the United States and China.

The other theme was the Northern Triangle of Central America, the countries of Guatemala, Honduras and El Salvador, the origin of the majority of people who attempt to enter the United States illegally. Biden defended his migration policy, but asserted the need for the country to address the problems “at the root” as these people flee “violence, corruption, gangs and political instability, hunger, hurricanes, earthquakes, natural disasters ”. Interestingly, as with relations with China, immigration is another issue on which you shouldn’t expect much of a difference between Biden and Trump.

an unexpected and wonderful return

Research will measure impact of poverty on children’s brains

WhatsApp backup between iPhone and Android is now official