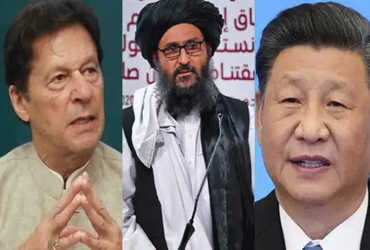 New Delhi: Pakistan is now fighting to recognize the Taliban’s occupation of Afghanistan. Pakistan, which is plotting to incite terrorism with the help of Taliban, has started a movement to sanctify the brutal fighters.

Pakistan, which has also included China in the alliance, has assured China that it is working hard to identify the Taliban. Foreign Minister Shah Mahmood Qureshi spoke with his Chinese counterpart Wang Yi over the phone and said he would personally visit other countries to build regional consensus on Afghanistan.

According to Dawn, the talks with the two foreign ministers come at a time when China has said that it is ready to forge friendly and cooperative relations with the Taliban. The Taliban captured Afghanistan on Sunday. In addition to recognizing the Taliban regime, China and Pakistan have begun to persuade other countries to recognize it. Experts believe that China can use its influence for this.

Qureshi also informed about the recent meeting of the National Security Committee (NSC) chaired by Prime Minister Imran Khan. Pakistan’s strategy towards Afghanistan was discussed in the meeting. Following the decisions taken in the meeting, Qureshi emphasized the need for a collective political solution in Afghanistan. Qureshi said a peaceful and stable Afghanistan is important for Pakistan and the region as a whole. Qureshi has urged the international community to continue providing financial aid to Afghanistan.