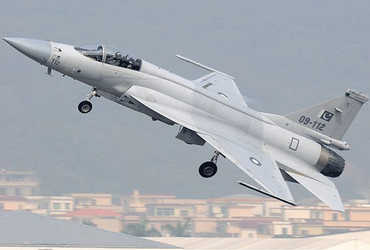 Islamabad: The deceitful China has betrayed even its best friend Pakistan. It has sold its JF-17 fighter aircraft to Pakistan by making exorbitant claims about its capability. But the Pakistani Air Force is very unhappy with the performance of this aircraft.

Due to this the situation has become such that these aircraft made by China have become a burden for Pakistan. Engine trouble, high maintenance cost and low level of aircraft performance are considered important reasons.

In the year 19, China and Pakistan agreed to jointly produce the JF-17. At that time it was said that the fighter aircraft was even better than the Sukhoi-20 MKI, MiG-2 and Mirage 2000 fighters. But then the Pakistan Air Force, after handing over the aircraft to them, found that the aircraft did not even have the capability to live up to the claims made about it.

The aircraft is powered by an RD-3 aero engine, which emits black smoke. This allows it to be easily targeted by other fighter aircraft during any war. Pakistan had complained to China about such shortcomings. China also replaced the engine, but that did not solve the problem. The reason behind this was given that the engine is Russian. Russia is not getting its share and other aid due to sanctions. According to the report, China is developing a new engine for the JF-17, but this may take time.