Chile with a divided congress and half of the voters absent 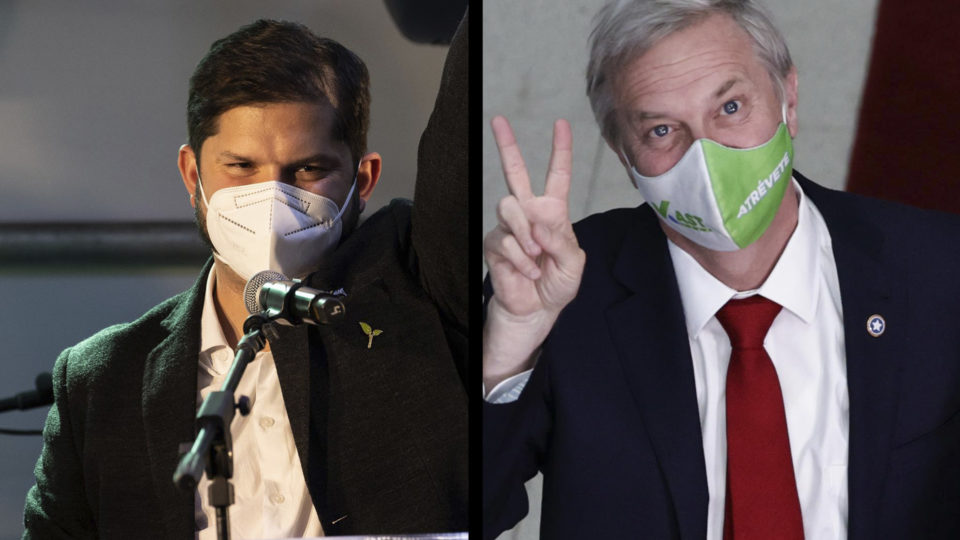 Chileans went to the polls on November 21. I mean, less than half of Chilean voters, but that’s something we’ll see later. The fact is, the Chilean election is certainly the most important election of the year in Latin America, and one of the most important in the world. And your first round ended with a lot of open ended questions, and we’ll see them all over here.

Before, the results, of course, starting with the presidential race. The first place went to Pinochetista José Antonio Kast, of the Republican Party, member of the Christian Social Front, with 27.9% of the vote. In second position, the socialist Gabriel Boric, of Convergencia Social, member of the Apruebo Dignidad coalition, with 25.8% of the vote. The two will compete in the second round on December 19.

In third place, Franco Parisi, of the right-wing populist Partido de la Gente, with 12.8%, followed by the center-right candidate Sebastián Sichel, of the Chili Podemos Más coalition, of the current president Sebastián Piñera, with 12.7 %. In fifth position, the center-left candidate Yasna Provoste, with 11.6%, followed by Marco Enríquez-Ominami, from the also left-wing Progressive Party, with 7.6%. Eduardo Artés, of the radical left União Patriotica, closes the list with 1.4% of the vote.

Some comments. The first is obvious and is repeated all around: it will be a second round of poles. Kast is a far-right Pinochetist who campaigned in 1988 for the maintenance of the dictatorship, and today he denies that the Pinochet dictatorship was a dictatorship. He also repeats the myth according to which the dictatorship is responsible for Chilean development, a myth already debated, with figures, here in our space.

On the other side, a candidate from the radical left, much more to the left than the old Chilean Concertación. Apruebo Dignidad was born precisely from the left dissent within Nueva Mayoría, the political successor of the Concertación. Some political commentators compare the Chilean election to the Brazilian scenario, which the column believes is wrong. The Brazilian analogy with Boric is not Lula, it would be Guilherme Boulos.

This election of the poles will mean that the campaign of the next month will be marked by a dubious tone. The two candidates will seek to signal to the center, to attract new voters, whether they are from other candidates, undecided or absent. At the same time, both candidates will also retain a more fiery element in their speech, to exploit the rejection of the other and maintain their grassroots commitment.

Kast, for example, in his speech after the consecration of his passage in the second round, both praised the vanquished and declared himself attached to social questions, while posing as a bastion of “democracy against the communism ”. With one hand he waved to the voters of Parisi and Sichel, with the other he sought to classify his opponent as a threat and exploit rejection.

This is not a value judgment, it is a policy statement. Boric will signal to the business community, claiming that he will not interfere in the market and that his opponent is a Pinochetista who represents social bankruptcy. Polls show that 52% of people would not vote for Kast at all, 56% would not vote for Boric at all, with an intersection of around 25% of voters not voting for either.

This rejection was not just in the polls. In Chile, voting is not compulsory. The candidate needs to gain the trust of the voter to get him out of the house. And only 47.3% of voters turned out, a number similar to that of the 2017 elections. That same year, 331,000 more people turned out in the second round. The current difference in votes between Kast and Boric in numbers? 146,313 thousand.

The point is, in an election where half of the electorate did not vote, it becomes somewhat unpredictable. Kast could win largely, Boric could turn the tide, it is impossible to make a prediction today. There are millions of Chileans who can leave their homes and change the balance, in an election eventually decided by rejection. You don’t vote for someone, you vote to prevent someone else from winning.

It also makes it difficult to make a simple sum of candidates in the first round. For example, Sebastián Sichel, center-right Piñera, said he did not want “the far left in power” and indicated his support for Kast in the second round. Yasna Provoste’s coalition has declared that everyone must vote for Boric “for democracy”. What will be the real power of the “vote transfer” for the defeated candidates?

In addition, the third Franco Parisi, despite being on the right, had an inflated vote as a protest vote, or a “hazing” vote. He has led his entire campaign from the United States, in “defense of the family”, one of his slogans. Not set foot in Chile. The ironic reason is that he could be arrested for failing to pay child support, and the picturesque situation has made many people vote for him.

In a way, even the constituent process itself helps to explain the phenomenon of voting for Kast in that election. In 2017, he obtained 7.9% of the vote, less than a third of the current proportion. The protests in the country, conflicts with Mapuche communities in the south and the establishment of a Constituent Assembly were seen as victories for the left, contributing to a greater polarization of the right in the country.

Chamber on the left, Senate on the right

In addition to the presidential vote, Chileans also voted for the 155 seats in the Chamber of Deputies and for 27 of the 50 Senate seats. In the House we will have an almost even division. The largest caucus will be the center-right Chile coalition Podemos Más, Piñera and Sichel, with 53 seats. Next, Nuevo Pacto Social, from Provoste, and Apruebo Dignidad, from Boric, each with 37 seats.

Five more seats went to the left, Dignidad Ahora taking three and the Greens taking two, and another 22 seats to the right. Kast’s Christian Social Front elected 15 MPs, the fourth largest coalition in the House. In total, the left will have 79 seats, the right will have 75, plus an independent candidate, Carlos Bianchi Chelech, from Punta Arenas, closes the count of 155 deputies.

The bill for the Senate is more complex and, modestly, it is something little explained in the Brazilian international media. Until 2015, the Chilean upper house had 38 seats. A renovation enlarged the house to 50 in two stages. First, it rose to 43 in 2017 and now to 50 senators. There were 27 chairs at stake. Twenty of them are already occupied, plus seven seats that will be “inaugurated” in this legislature.

Of the 20 seats occupied, 11 were on the left, seven on the right and one independent. The results of last weekend’s elections show that, of the 27 seats in contention, the right won 13, the left 12, and two other independent senators, Karim Bianchi, from the Magallanes region, and Fabiola Campillai, from the metropolitan region of Santiago.

Among the elected senators, more specifically, four are from the Boric coalition and one is from the Kast coalition. Yet, in general terms, it was an expressive right turn in the Chilean Senate, virtually doubling its previous bench and winning most of the House enlargement seats. The design of the next Senate will be 25 seats on the right, 22 on the left and three independents.

These accounts mean two things. First of all, any winner will have to negotiate with the other coalitions of his ideological spectrum in order to be able to govern. Second, even so, no candidate will have, at least ideologically speaking, a majority in both houses. Kast will face a House with a left majority, while Boric will face a Senate with a right majority.

A contested election, high rejections, a divided Congress, a functional Constituent Assembly and the possibility of winning half of the absentees of the electorate. On the one hand, it looks like a tense and bitter scenario, a nightmare for a country. On the other hand, if there is no interference in this process, it is part of the democratic maturation of a country which continues and will continue to be a historic example for the region. It would not be fair to ask for a homogeneous community. Kast and Boric, in a way, represent sections of Chilean society. It remains to be seen who will be the winner.