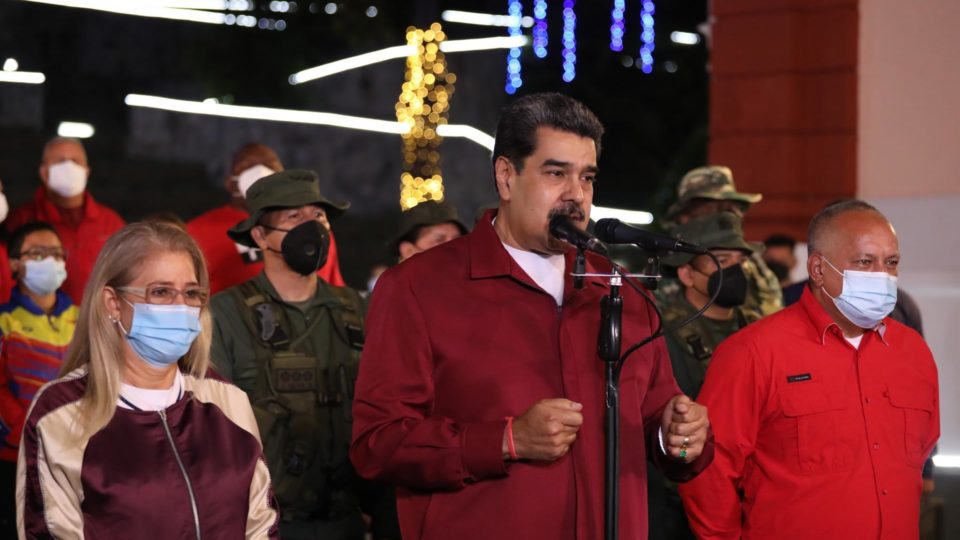 Chavismo consolidated power in Venezuela, winning power in 20 of the country’s 23 states, in addition to the capital, Caracas, in Sunday’s elections, in which 41.8 percent of the eligible population surrendered to the ballot box and in which, for the first time in 15 years, there was an observation mission of the European Union.

Voter turnout on Sunday was one of the lowest in Venezuelan elections in years.

Opposition to Nicolás Maduro’s dictatorship ended up paying dearly for the lack of unity – which could have led to victory in at least three other states – and the high rate of abstention.

So far, the election figures in the cities have not been released, with the exception of Caracas, which has a special status.

In the capital, it was the former Interior Minister Carmen Meléndez, of the PSUV, who won, with 58.93% of the votes already counted. He had a large advantage over his main competitor, Antonio Ecarri, of Alianza Lápiz, who held 15.54%, and over anti-Chavista Tomás Guanipa, of MUD.

In Hugo Chávez’s home state of Barinas, the vote is still open, with former president’s brother Argenis Chávez leading the way with 93,097 votes, representing 37.05% of the electorate. MUD’s Freddy Superlano appears with 92,424 votes, or 36.79%.

The opposition won in Cojedes, a traditional Chavist stronghold, with José Alberto Galíndez, of the MUD, and also in Nueva Esparta, with Rodríguez Ávil, of the emerging Força Vizinha party.

In Zulia, the most populous state in Venezuela, the regime’s most significant defeat has taken place, with the success of the experienced Manuel Rosales of MUD.

Despite some good results, if the results are confirmed so far, Chavismo will have improved his performance compared to the local and regional elections of 2017, when he won 18 states and Caracas.

Dictator Nicolás Maduro, after the publication of the first results, called for their recognition and celebrated the victory of the Chavismo.

“My appeal to all, winners or not, is to respect the results, it is for political dialogue, for national reunification”, declared the head of the regime, in a speech delivered at the presidential palace in Miraflores.

Maduro underlined that the victory of the party he integrates, the PSUV, is the result of the “perseverance” and “righteousness” of activism.

In addition, the dictator said he hopes to work with dialogue with opponents who have won in the states of Zulia, Nueva Esparta and Cojedes.

Election day in Venezuela took place with the recording of several incidents, which were played down by the president of the National Electoral Council (CNE), Pedro Calzadilla.

In the city of San Francisco, Zulia, a man was murdered in line to go to the polls, according to a witness reported to the Efe agency. Local authorities, however, assured that the crime was unrelated to the elections.

When the results were published, around 1:00 am (GMT), the head of the electorate did not raise the case.

The opposition denounced Maduro’s refusal to close the polling stations, which were empty at the end of the day, and called on the regime to comply with what is established in the law.

“The regulation establishes the closing of tables at 6 pm if there are no people in line. In several regions they do not want to close the centers. We are making an urgent appeal to the CNE”, declared the candidate of the Vicinal Force for state of Miranda, David Uzcátegui.

Opponent Henrique Caprilles sent a message to EU observers. “The law requires the closure at 6 pm in electoral centers where there are no voters. Maduro and his party have so far refused to allow law enforcement,” he said.

The last three elections held in Venezuela were marked by strong abstention, which is partly explained by the dissatisfaction of the population with the serious humanitarian crisis the country is going through, but also by the departure of more than 5 million Venezuelans. who have left the country and are no longer able to vote.