Chavez leader denies protests in Cuba: “They were celebrating the Euro” 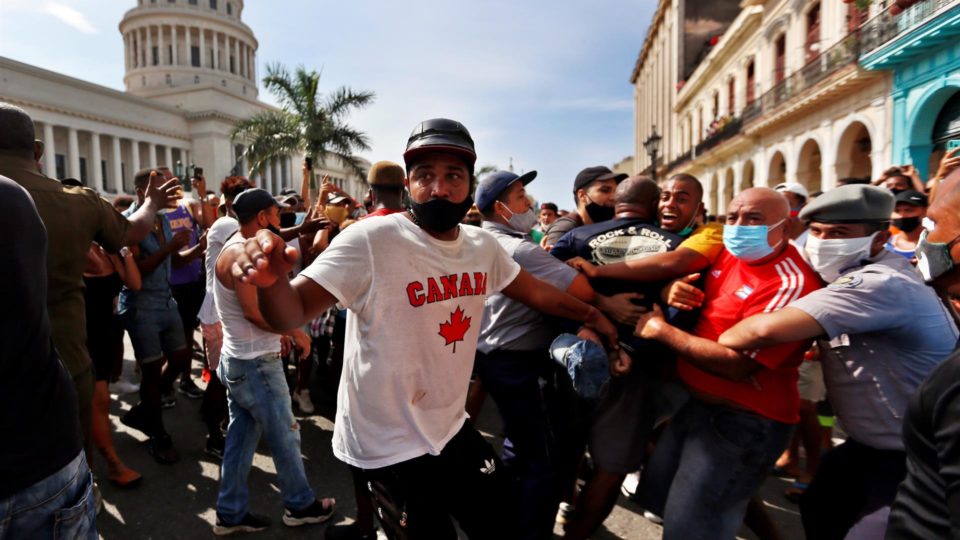 The first vice-president of the United Socialist Party of Venezuela (PSUV) and number two in Chavismo, Diosdado Cabello, on Tuesday denied the existence of the protests in Cuba and said that the information leaked via social media is part of a ” media event “which have” nothing to do with reality “.

At a party press conference, Cabello said the posts about Cuba on Sunday came from people who “were celebrating the European Cup and taking those photos as if it was in Cuba or Argentina, where they were celebrating the Copa. America “. “They took the photo from afar and, without any shame, said, ‘Look at Cuba as it is,” “the leader said.

Cabello expressed his solidarity with Cuba in the face of what he called a new action of “imperialism” against the country. “They don’t understand that it’s been 60 years of blockade. They think they are going to make five tweets to end the Cuban Revolution. This is our solidarity, our support, our respect for the Cuban people and the government for the immense struggle, ”he added.

The Chavist argued that “it is imperialism working” against Cuba and criticized the fact that “no one is saying anything” about what he considers to be “a massacre” in the protests in Colombia and Chile, with the Mapuche. “Every day, they assassinate the Mapuche people in Chile and they say nothing. They attack Venezuela, they attack Cuba,” he lamented.

Thousands of Cubans took to the streets of Cuba on Sunday to protest dictatorship, call for freedom and denounce the shortage of food, medicine and basic items in the face of the impact of the Covid-19 pandemic. Several people were arrested and clashes were reported after dictator Miguel Díaz-Canel called on his supporters to defend the government against protesters.