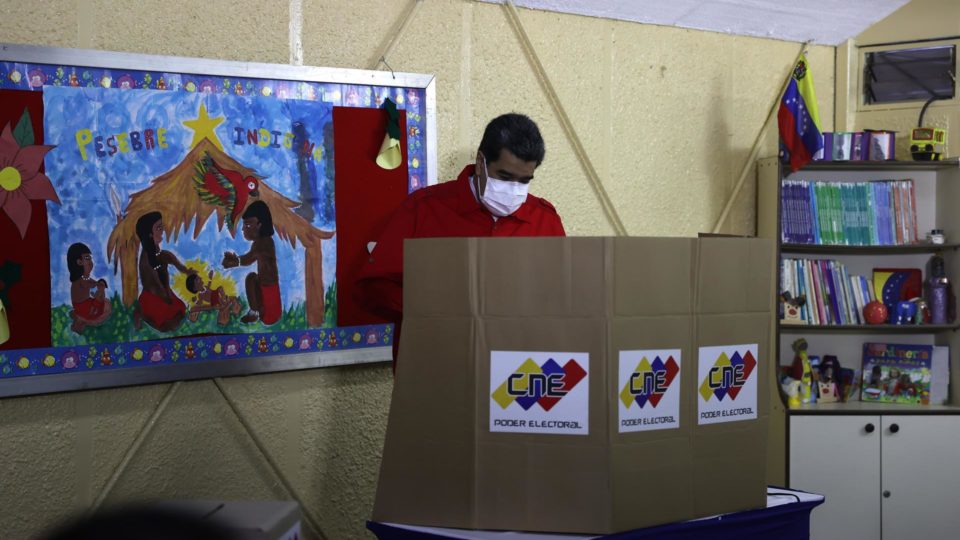 Two people were injured and one was killed by gunmen who fired shots outside a polling station for the local and regional elections in Venezuela, which are being held this Sunday (21).

According to information from the daily La Verdad, witnesses indicated that the shooters, who arrived in white vans, were members of Chavist collectives – paramilitary groups that support dictator Nicolás Maduro. The attack took place in front of the Colégio Eduardo Emiro Ferrer, in the municipality of San Francisco, in the state of Zulia.

The fatal victim has been identified as Antonio Urdaneta, 38. He was even taken to the emergency room at Noriega Trigo Hospital, but was already admitted lifeless. The injured were identified as Johan José Montero, 19, and Sonia Urdaneta, 56. The motivation for the attack has not been disclosed.

Throughout the day, press freedom organizations in Venezuela report that journalists are prevented from doing their job covering the country’s local and regional elections.

In a series of Twitter posts, the NGO Venezuelan Press and Society Institute (Ipys, for its Spanish acronym) and the National Union of Press Workers of Venezuela (SNTP) reported situations such as intimidation, denial accreditation, prohibition of access to polling places, retention of photos and arrests.

SNTP reported that the Bolivarian National Guard (GNB) detained journalist Orlando Montlouis, of the El Tequeño and El Liberal Post portals, for 40 minutes for taking photos of the facade of an electoral center in the city of Los Teques. . According to the union, the guards took him to a school and forced him to erase the materials.

Among other cases reported in its profile, SNTP reported that journalist Lorena Bornacelly, of TV El Pitazo, reported that election observers for the ruling party PSUV in Táchira took photos of journalists covering the vote of the mayor of San Cristóbal. , Gustavo Delgado, in an attempt to intimidate them.

In addition to reporting the harassment of journalists on Sunday, Ipys had reported the day before that at least 16 news portals were still blocked in Venezuela by the state-owned telecommunications company Cantv and the company Digitel. According to the NGO, the restrictions against these portals were enforced with an HTTP blocking in the case of Cantv, while Digitel exercises a DNS blocking.

“With censorship imposed on traditional media and many parts of the country considered deserted for information, digital media is one of the main options for citizens to stay informed, but operators are determined to block it,” he said. lamented the NGO.

In Sunday’s elections, 23 governors, 335 mayors, 253 legislators from legislative councils and 2,471 councilors will be elected in Venezuela.