Charges including attempt to murder against the attacker 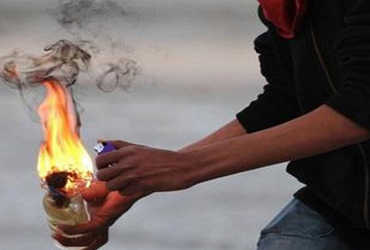 Petrol bomb was hurled at BJP office in Tamil Nadu. 9-year-old accused of throwing petrol bombs was caught. The BJP state president has demanded a probe by the NIA into the incident.
Angry 7 year old boy hurled petrol bomb at BJP office. Filled four bottles of petrol, set it on fire and threw it over the BJP office. Thereafter, he fled on the bike.
Police arrested him on the basis of CCTV footage. He was identified as Vinod alias Karrukka Vinod. He was upset with the clean attitude of the BJP. He has also been charged with attempt to murder and other offences. According to the police, the accused has a criminal history.
State BJP president K Annamalai has condemned the incident and demanded a fair probe through the National Investigation Agency. A police statement said no political motive was found in the investigation. The accused had said that he had thrown the petrol bomb after getting upset with the pro-net attitude of the BJP.