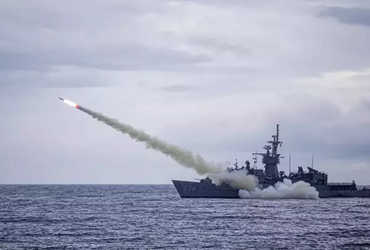 To challenge the tense China on the Ladakh front, the Indian Navy has decided to show its might by sending four warships to the South China Sea.

The warships sent by India include guided missile destroyers, guided missile frigates, anti-submarine ships. The ships are heading towards the South China Sea at a time when China is under threat of an attack on Taiwan.

Experts believe that Indian warships may stay away from disputed islands in the South China Sea, but the entry of Indian warships in the area is enough to send a message to China.

At the same time, this move of India is likely to provoke China.