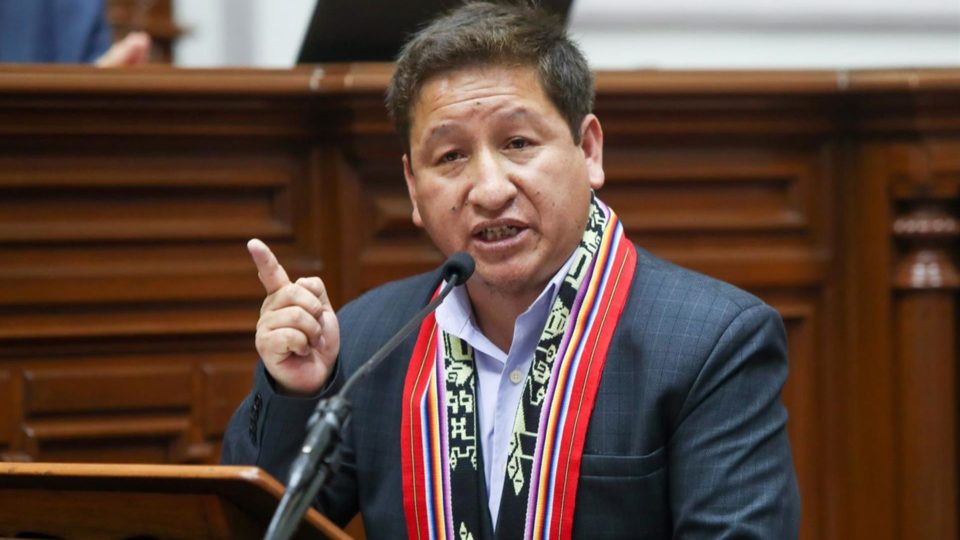 Peruvian Prime Minister Guido Bellido, at the National Congress in Lima, Peru. Bellido is among those who have been investigated for an alleged embezzlement scheme. Photo: Agence Andina / Agência EFE

Teams from the Peruvian Public Prosecutor’s Office and the National Police (PNP) on Saturday inspected several properties belonging to the Free Peru Party, as part of an investigation into allegations of money laundering by the Marxist group, with which President Pedro Castillo won the election.

In a court decision, the National Court of Preparatory Investigation specializing in offenses of bribery of public officials found that the prosecutor’s request was well-founded and ordered searches, home inspections and the seizure of assets in seven related establishments. at Free Peru.

Among these properties is the home of the leader and founder of the party, the Marxist doctor Vladimir Cerrón, who is currently serving a four-year suspended sentence (without imprisonment) for a crime of corruption he committed while he was governor of the Andean region of Junín, between 2011 and 2014.

The operation, as detailed in the resolution, aims to “find consistent financial accounting information” of Peru Livre, as part of the investigation into the case entitled “The dynamics of the center”, which investigates the illegal financing suspected of the party through charges brought by the Junín Regional Directorate of Transport, where officials allegedly demanded a bribe from applicants for driving licenses.

According to the thesis of the prosecutor Richard Rojas, Cerrón would have directed this network of illegal collections to finance the electoral campaigns of the party and to pay compensation for the current conviction for corruption, which prevented him from being a presidential candidate.

Besides Cerrón, other leaders of the ruling party are also involved in this investigation, including Prime Minister Guido Bellido, who was allegedly one of the beneficiaries of this illicit money during the last election campaign, during which he was elected deputy for the Andean region. .from Cusco.

Bellido, one of the more orthodox leftists of Free Peru, has also been accused of terrorism and advocating terrorism for paying tribute on social media to Edith Lagos, one of the most famous faces of the first bloody actions of the Maoist guerrilla Sendero Luminoso, in the early 1980s.