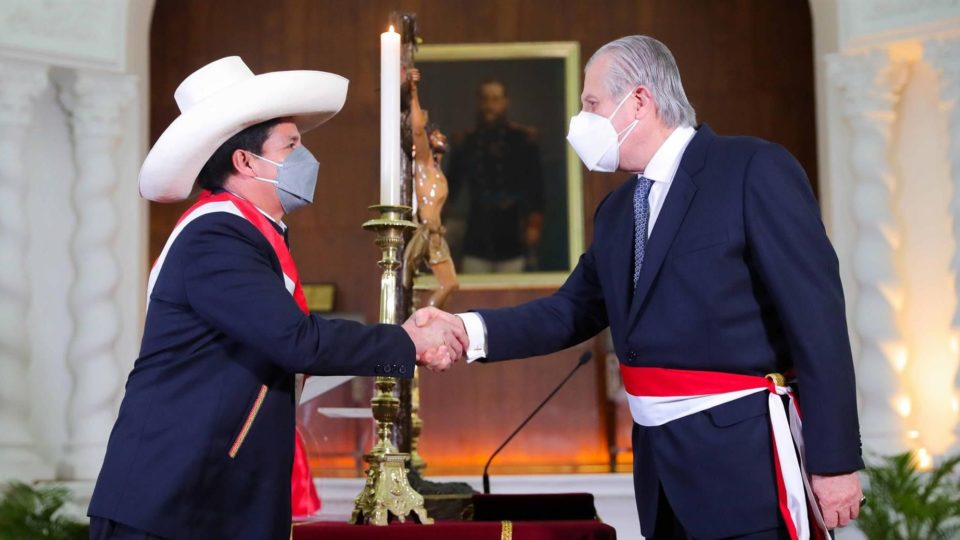 The former minister said that the start of terrorism in Peruvian territory was caused by the navy | Photo: EFE / Presidencia Del Perú

Peruvian President Pedro Castillo was sworn in on Friday (20) to diplomat Óscar Maúrtua as new Minister of Foreign Affairs, replacing Héctor Béjar, who resigned last Tuesday after only 19 days in office.

The appointment comes three days after the untimely departure of Béjar, an 85-year-old sociologist and former guerrilla who left the government. He would have little chance of securing congressional approval after claiming that the start of terrorism in Peruvian territory was caused by the navy.

The Castillo government has been harshly criticized by the opposition, but is expected to go to parliament to demand a vote of confidence, which is expected to take place next Thursday (26). Hours before the confirmation of the diplomat’s appointment as a new cabinet member, his name drew criticism from some parliamentarians, even from the ruling Peru Libre party.

Maurtua, who is a lawyer, had previously held this post between 2005 and 2006, under the government of former President Alejandro Toledo.