Cases of corona were reported in 1979, just 24 hours before the opening ceremony of the Tokyo Olympics. 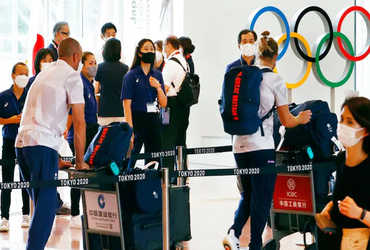 The total number of infected in Japan has crossed eight and a half million. This pandemic has killed more than 15,000 people. Significantly, on July 12, Japan’s Prime Minister Yoshihide Suga declared a Corona Emergency in Tokyo. The state of emergency will remain in force in the city till August 22.

Despite the emergency situation of Corona, the cases of virus are increasing continuously. On Thursday, Czech Republic volleyball player Marka Nuschu and Dutch Taekwondo player Reshmi Agink had to withdraw from the Tokyo Olympics due to Corona infection. With these two, the number of infected players in the Olympic village has reached 10.