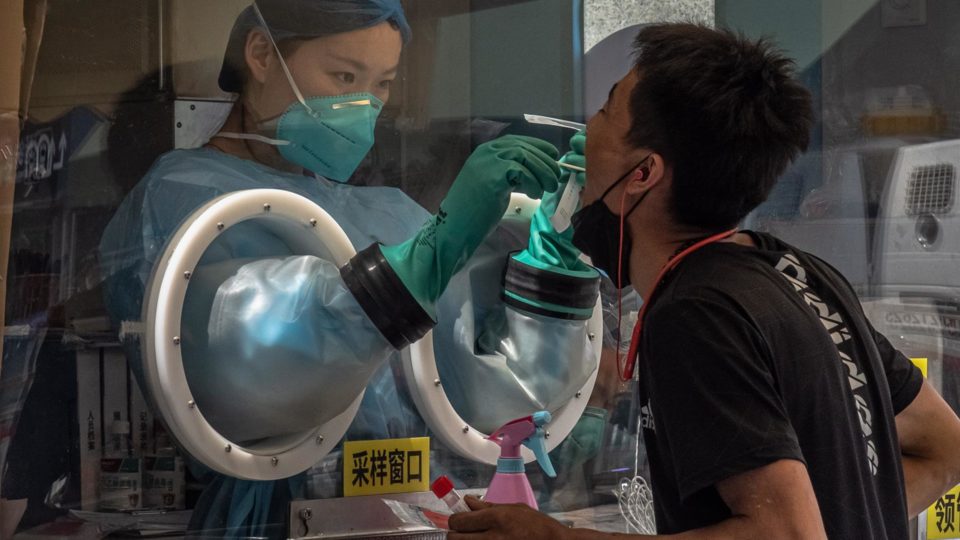 China confirmed on Monday (9) 181 new infections with Covid-19, with 108 symptomatic cases of community transmission, the highest daily number of this new wave of pandemic in the country, caused by the delta variant of the new coronavirus .

At least 13 Chinese provinces have been affected since local transmission of the virus in Nanjing City, Jiangsu, was detected on July 20. At least 988 cases have been confirmed by China’s National Health Commission (NHC) during those 20 days.

To deal with the new wave, China is adopting measures similar to those instituted in January last year, when the disease broke out in Wuhan, even though the current figures are far lower than those presented by the government to the era.

Mass tests, mandatory quarantines, lockdown of an entire city, ban on passenger car traffic on the roads, restriction of inter-city travel and tightening border closures were some of the measures taken in the worst-affected regions.

In one city, authorities even offered a cash reward to those who reported people who had recently traveled to places at high risk of transmission and who, for whatever reason, had not yet tested for Covid-19. . Other cities have posted workers to monitor isolated residential buildings. The border with Hong Kong has also been closed.

In addition to the restrictions, more than 30 local authorities have been fired or sanctioned due to the increase in Covid-19 cases in their cities. Among those leaving, the Washington Post reported, are a deputy mayor, local district directors, directors of hospitals, tourism and even an airport in Nanjing, where the new outbreak originated.

The announced measures, although regional, are already starting to put pressure on the Chinese economy, analysts said. If they were extended until September, the forecast for Chinese GDP growth – of more than 8% – in 2021 could be revised downwards.

“A new round of the Covid-19 epidemic caused by the Delta variant since mid-July represents the biggest challenge in more than a year for the Chinese government,” Bank of America Securities, a bank said Friday. multinational investment, in a press release. .last fair.

There was a debate recently over the Chinese government’s “zero tolerance” strategy after Zhang Wenhong, a doctor who gained notoriety during the Covid-19 outbreak in Wuhan and is known as “Dr Fauci ”from China, told his social media, to his more than three million followers, that“ the world needs to learn to coexist with this virus ”, suggesting that their country change its policies to fight against Covid-19.

In response to the discussion, former Chinese Health Minister Gao Qiang rejected a more flexible approach to controlling the pandemic, criticizing Western countries. “The ‘coexistence with the virus’ [observada] in Britain, the United States and other countries, it has already had serious consequences for global efforts to contain the epidemic. We must not repeat the same mistakes, “he wrote in an article published last Thursday, according to the South China Morning Post translation.

Beijing has so far shown no signs of changing its “zero tolerance” policy for the virus. National health officials are betting the new outbreak will be fully under control by the end of August.

According to a report by the Global Times, a Chinese state newspaper, if each province is able to detect potential infections in a timely manner and contain their spread in accordance with current policy, a pandemic prediction system developed by a Chinese university indicates that this wave of Covid -19 will be controlled around August 23 and the cumulative number of infections will be between 1,087 and 1,598.

No new community infection can be recorded during the day for China to consider the epidemic under control.