Case of Korana after a year in Wuhan, China, now all the people of the city will be tested 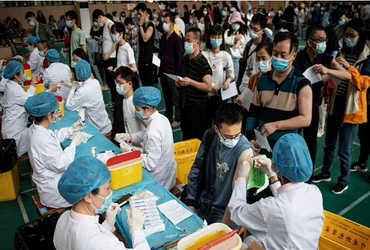 A year later, a case of corona has been reported in Wuhan city of China, from where the corona originated. Since then the government has decided to investigate all the people of the city.

In December 2019, the first case of corona virus was reported in Wuhan. After this the virus spread all over the world. It is still in its infancy and millions of lives have been lost.

A total of 61 cases were reported in China on Tuesday, all of which have been denied to be of the Delta variant. Millions of people have been tested in big cities including Beijing, the capital of China.

The situation in Nanjing city is bad and all flights from the airport here have been suspended till August 11. Corona test of 93 lakh people will be done in this city.