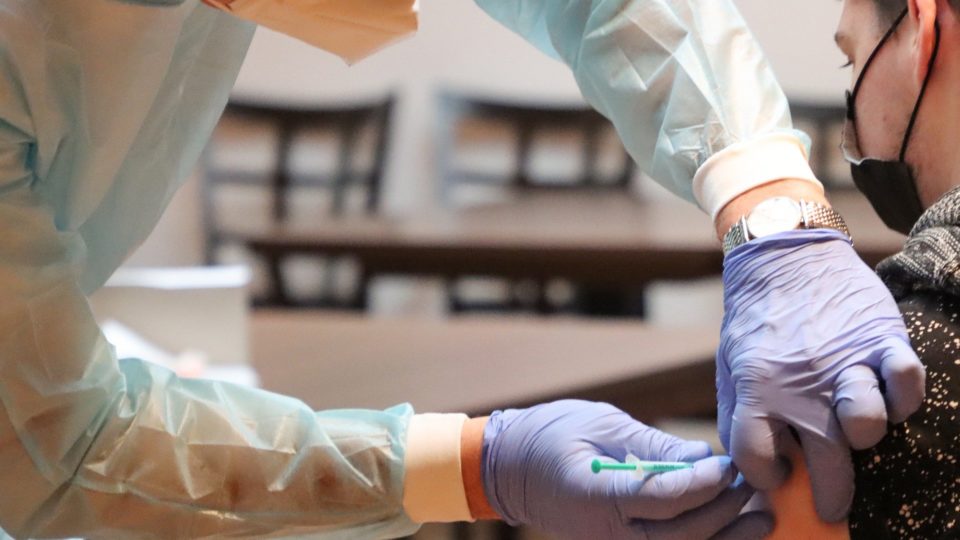 The government of US President Joe Biden has announced its support for breaking the patent for Covid-19 vaccines, changing the historic US stance on intellectual property protection. The idea was proposed last October by a group of countries, led by India and South Africa, to the World Trade Organization (WTO).

The subject was debated again at the WTO on Wednesday (5). Member countries of the multilateral body will hold further meetings to discuss the matter and come to a decision, which must be unanimously approved by the 164 members to enter into force.

Proponents of the proposal say that patent easing will allow pharmacists in poorer countries to produce vaccines faster and thus the end of the pandemic can be accelerated. However, even if the proposal is accepted, increasing the production of coronavirus vaccines will still face complex challenges, and some experts are questioning the scale of the measure’s impact.

The United States government’s decision to support the suspension of intellectual property on Covid-19 vaccines has paved the way for leaders in other countries to speak out in favor of breaking patents.

French President Emmanuel Macron defended the initiative. “I am totally in favor of this opening up of intellectual property,” said the French leader, stressing that this resignation will not solve the problem of access to vaccines. Macron’s statement marks a turning point in France’s position on the issue. New Zealand, which was opposed to the proposal, also gave indications of support after the US government’s announcement.

Australian Prime Minister Scott Morrison said the US position was “excellent news”. Alberto Fernández, President of Argentina, said he had always maintained that it was “imperative that vaccines be a global public good”.

Italian Foreign Minister Luigi Di Maio wrote on a social network that the US announcement was “a very important signal” and that the world needs “open access” to vaccine patents. Russian President Vladimir Putin has said his country will support the publication of patents.

European Commission President Ursula von der Leyen has said the bloc is “ready to discuss” the US-backed proposal, but has made no firm commitments on the issue. “In the short term, however, we call on all vaccine producing countries to allow exports and avoid measures that interrupt supply chains,” he added.

The German government, for its part, opposed the proposal to break intellectual property rights on vaccines. A spokesperson for Chancellor Angela Merkel said the move had “serious implications” for vaccine production. “The limiting factors for vaccine production are manufacturing capacity and high quality standards, not patents,” the statement said.

In Brazil, Foreign Minister Carlos Alberto de Franco França said on Thursday that the Brazilian government had not changed its position on the issue. France has said that, at least for now, Brazil is still more in favor of a “third way”, led by Chile and Canada in WTO talks.

A major concern is that, although there are already several effective vaccines against the coronavirus, the distribution of doses across the planet is very imbalanced. While about 44% of the American population is already vaccinated, the situation is different in developing countries. In India, which is going through the worst time of the pandemic, 9.4% of the population has been vaccinated to date. Across the African continent, this number is less than 1%.

Supporters of the temporary patent suspension of Covid-19 vaccines believe the measure could speed up vaccination around the world, especially in poorer countries. It is estimated that with the current vaccination rate, many of these countries will take years to immunize their populations.

Another argument is that the protection provided by patents was designed to prevent unfair competition and not to be used during global emergencies such as wars and pandemics.

In Brazil, Fiocruz and Butantan have partnerships to locally produce vaccines against Covid-19. During a debate at the Covid-19 Commission in the Brazilian Senate on April 8, Fiocruz President Nísia Trindade Lima said her institution argues that all products and services related to Covid-19 should be considered global public goods, Fiocruz news agency reported. But she stressed that breaking the patent would only be the “tip of the iceberg of technological dependence” and that to overcome the vulnerability of access, local and sustainable investments are needed to strengthen the healthcare complex. and innovation in Brazil.

At the same event, the director of the Butantan Institute, Dimas Covas, defended that the breach of patents would not be timely at this time, and would bring difficulties to existing national patents. “Even if the patents were broken, at this point there would be no way to incorporate the production of more complex vaccines, as there is no basis in Brazil today to incorporate these technologies,” a- he declared.

Breaking patents may not be enough

Pharmaceutical companies, including Pfizer and Moderna, oppose breach of patents, arguing that the effect could be the opposite of what is expected, with the emergence of a greater delay in the production of vaccine ingredients . The industry also warned that the waivers could give China and Russia access to trade secrets.

Bill Gates, whose foundation sponsors the Gavi Vaccine Alliance, which spearheaded Covax, a WHO initiative to improve the distribution of Covid-19 vaccines in poor and emerging countries, is also opposed to the proposal. The Bill and Melinda Gates Foundation has worked for two decades to facilitate vaccination in developing countries, but for Gates, suspending patents on these vaccines would not be a good idea.

He argues that it is not intellectual property rights that prevent increased vaccine production, but limited vaccine manufacturing capacity, and that the safety of the production process is of the utmost importance.

Other experts agree. “This is not a panacea. Just giving country governments a cookbook, without the ingredients, safeguards, infrastructure, and the workforce with the skills to deliver safe and secure vaccines. effective, will not provide quick help. All who need it, “said Steve Bates OBE, director of the Bioindustry Association, an association for innovation in the biological sciences in the UK. “Intellectual property rights were not the practical problem of increasing global vaccine production and vaccine abandonment is not a simple solution to what is a perverse problem,” he said. added.

“Given that the textual conversation at the WTO will now go on for months – my question for those who see the solution is how and when will this result in additional doses being administered around the world?”

Farasat Bokhari, an economics researcher at the University of East Anglia (UK), believes that if patents are broken there may be some relief in terms of production and distribution if manufacturers in developing countries fail. come together to allocate resources for immediate vaccine production. In an article on The Conversation website, he says these manufacturers need to be supported in the transfer of technology for vaccine production, especially in the case of more complex vaccines, such as those from Pfizer and Moderna.

Bokhari also points out that patents exist to secure incentives for the pharmaceutical industry in the future. “The reason we are creating patent protection is to provide incentives through short-term monopoly profits so that businesses and individuals can invest in innovation,” he said.

Trump lashed out at President Biden on the Afghan issue, asked how many terrorists brought to America?

The fall of Andrew Cuomo, the ruler of love