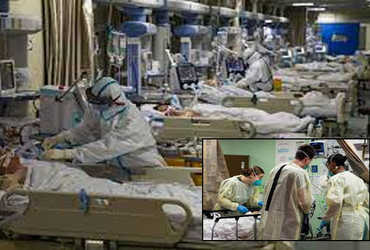 Philippines to welcome tourists from ten countries including India

18,780 new cases of corona were reported in Russia in a single day

For the third day in a row, less than 10 percent of beds in ICU beds have been available due to the increase in cases of corona in twelve counties in the Central Valley of California. In Fresno and the surrounding twelve counties, the number of corona patients has doubled in one month. Governor Gavin Newsom said that more than 80 percent of people in California have been given a single dose of the corona vaccine.

With the death of 796 people in a single day, the total number of people who died of corona increased to 1,86,407. Meanwhile, the Philippines has decided to welcome tourists from ten countries, including India, to the country from September 6. Apart from India, the Inter-Agency Task Force announced the lifting of travel restrictions on Pakistan, Bangladesh, Sri Lanka, Nepal, UAE, Oman, Thailand, Malaysia and Indonesia.