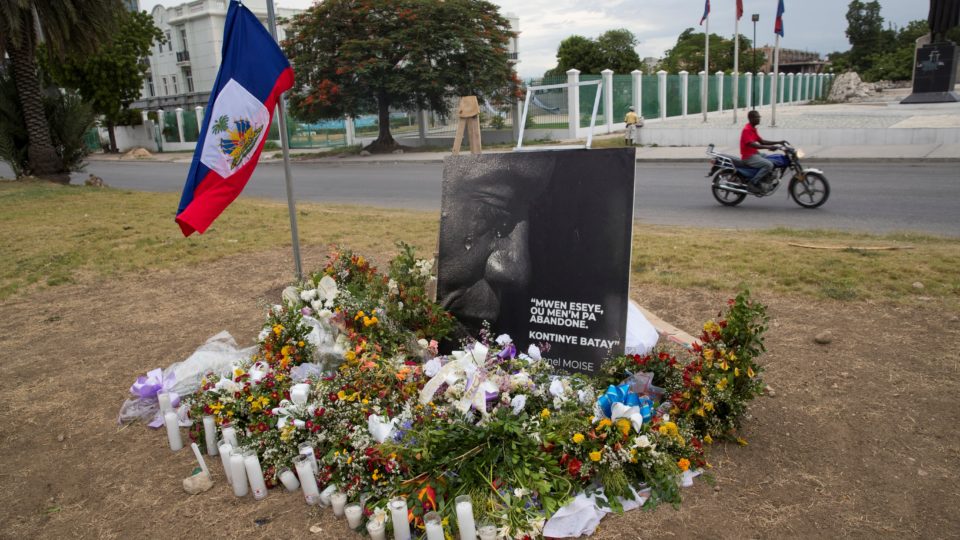 Tributes placed in front of the Presidential Palace of Haiti, in Port-au-Prince, a few days after the assassination of President Jovenel Moise. Photo: EFE / Orlando Barria

The Haitian police issued this Saturday (17) a search warrant against a Haitian businessman established in Canada as a new suspect in the case of the assassination of President Jovenel Moise, which took place on July 7.

The man, identified as Ashkard Joseph Pierre, is considered very dangerous and wanted by police for murder and armed robbery. Pierre presents himself in his professional profile on social networks as an employee in the commercial area of ​​the Haitian consulate in Montreal.

The businessman is listed as the partner of another suspected suspect in the murder, US-based Haitian doctor Christian Emmanuel Sanon. He, who is in prison, has been identified by the Haitian authorities as the alleged mastermind of the crime.

Suspected of being involved in Moise’s death, 18 Colombians, suspected members of the commando group accused of carrying out the attack, and five Haitian Americans, including Sanon, have so far been arrested.

Three other Colombians were killed in exchanges of fire with the police and five are free, while search and arrest warrants have been issued for five other Haitians accused of having participated in the organization of the attack.

Pentagon confirms training some of the Colombians detained in Haiti

Telegram for Wear OS disappears when updating to version 8.0

Voices of the GDR