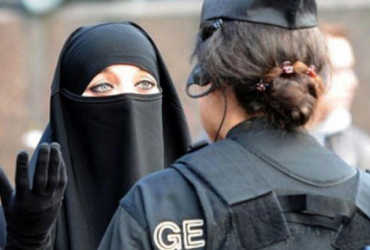 Politics has heated up in Karnataka for some time now regarding wearing or not wearing hijab. Students and youth are demonstrating in support of hijab-burqa. The whole matter has reached the court to be decided not on religious and cultural grounds but on the basis of law. Although New India is now becoming Digital India, there are problems which have never arisen before. In which most supporters and opponents are doing politics, but it is certain that there are many countries in the world that have publicly banned the hijab or baruka. There are some countries, including the United States and the United Kingdom, that have no restrictions on wearing religiously identifiable clothing to school.

France has banned the wearing of the barucha since 2004

France has a great contribution in teaching culture and discipline to the world. The first country in Europe to ban women from wearing the burqa in schools in 2004. The French government has argued that the clothing that defines a particular religion in the school is wrong. Also no religious dress is allowed in the UK. , There was strong opposition to this decision of the government, but the government made it clear that those wearing burqa are not welcome in France.

In 2012, the Supreme Court of Russia upheld the veil ban.

Opponents of Vladimir Putin’s regime in Russia have been accusing him of endangering freedom of expression. One such case was filed in 2012 against the ban on wearing burqa in schools. As the dispute escalated, the Supreme Court of Russia upheld the government’s decision. At the same time, wearing of burqa was banned in school.

In China, those wearing religious dress do not have access to schools or government offices

Although China has friendship with Pakistan and Islamic countries, it does not give importance to religion at home. Atrocities against Uighur Muslims have been widely criticized in Europe and the United States, but Islamic countries such as Pakistan and the religious terrorist organizations that feed them remain silent. In China, any dress that influences religious and cultural culture cannot be worn in school. Not only this, there are no admissions in government offices. China has also banned growing beards in some places.

In Denmark, a fine of 12 thousand rupees is imposed

Like France, the Danish government is also strict on the school dress code. Not only this, a fine of Rs 12,000 is imposed for wearing a hijab or covering the face in public. Surprisingly, if caught a second time, the fine will have to be increased to Rs 85,000.

It is also banned in the Netherlands, Belgium, Germany and Canada.

The Dutch government has for years not allowed veils, hijabs or face coverings of any kind in public places such as schools, hospitals, public vehicles and government offices. Similar provisions have been made in Belgium as well. A law has been passed in the German parliament that makes it a legal offense to cover one’s face. Canada also reportedly banned the burqa in 2012.