Bulletproof vehicles, Taliban check posts… Indians were brought to the airport from Kabul and surrounding areas in this way 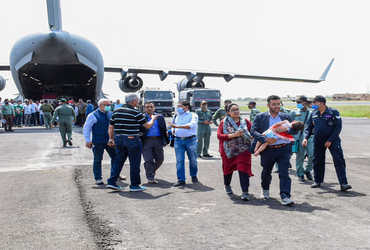 After the Taliban regime, there is a difficult situation in Afghanistan. The Taliban intensified their efforts to form the government and meanwhile India’s focus is on evacuating its people. Around 120 people, including India’s ambassador and other embassy staff, were brought to India from Kabul.

The journey from Kabul to Jamnagar was not easy for all these Indians but it was even more difficult. Taliban fighters are now openly roaming the streets of Kabul to take all these Indians safely to Kabul Airport. It was difficult to get any Indian to the airport without getting hurt.

On Tuesday, a total of 130 people were brought to the airport in about 14 vehicles. These included Indian citizens, journalists, ambassadors, other embassy staff and Indian security personnel. The flight was canceled due to overcrowding at Kabul airport. The mission of the Air Force was to rescue them all.

According to a source, we had a message that everyone should be evacuated. This whole mission is completed without any difficulty.

The three centers played a key role in carrying out the mission, which was intensified after coordination between the Indian Embassy in Kabul, the Indian Ministry of External Affairs and the Cabinet Secretariat. Vehicles were prepared in different batches to take Indians from around Kabul to the airport. Documents required at the embassy were destroyed as per protocol prior to any mission.

It was earlier decided that everyone would be taken to the airport safely at night, but the Taliban had declared a curfew at night. Among them were those Indians who were ready to return home. All of them were asked to come to the embassy. All of them spent the night of 16 August in the embassy and all of them left for the airport on 17 August.

The Taliban have deployed their fighters around the embassy in Kabul. No one was allowed to come and go, but Indians were getting entry by showing paper. If an Afghan citizen did this, he was being stopped. It was decided that the returning Indians be kept in the embassy.

Now the biggest challenge was how to get all this from the embassy to the airport. A total of 14 vehicle convoys were formed, including front and rear pilot vehicles. There were people who spoke the local language, there were people who knew the local street. A total of 15 checkpoints were set up along the road from the embassy to the airport, where the Taliban were stationed.

As the checkpoints were being crossed one by one, Delhi was being informed as the officers remained awake throughout the night to carry out this mission in Delhi also. Meanwhile, the Americans were briefed about the mission as US forces provided security at the airport.