Building that houses Clarin’s headquarters comes under attack in Argentina 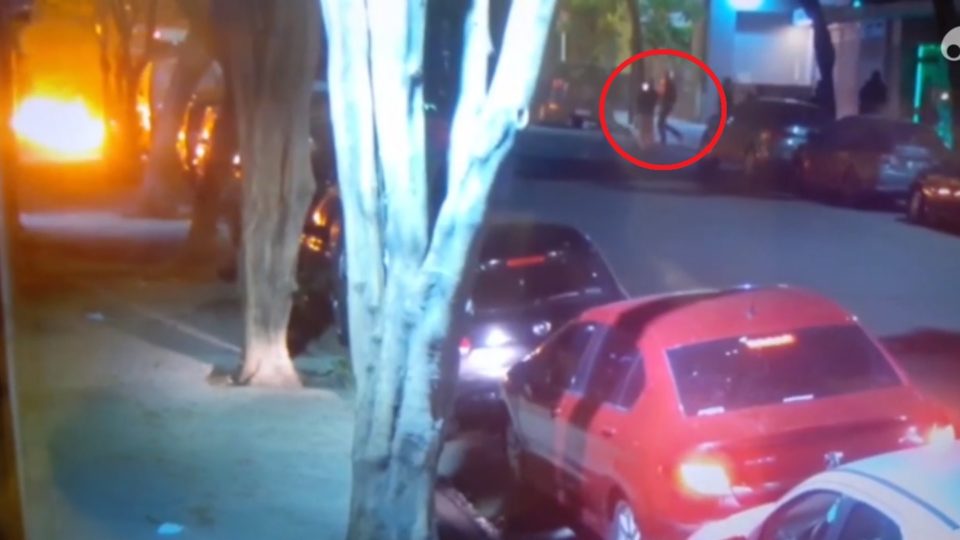 Security camera video shows when one of the Molotov cocktails is thrown | Photo: Reproduction / Clarín

The building that houses Grupo Clarín, Argentina’s largest communications conglomerate, was attacked with Molotov cocktails, as revealed on Tuesday (23) the company, which said there had been no injured in the incident.

“We regret and condemn this serious act, which appears at first glance as a violent expression of intolerance against a media. We urgently await clarifications and sanctions, “the group said in a statement.

According to information published on the website of the Clarín newspaper, during the night, a group of at least nine hooded people threw seven to eight incendiary artifacts against one of the entrances to the building, located in the Barracas neighborhood in Buenos Aires.

The building, at the time of the attack, was closed. Molotov cocktails hit a door in the entrance hall, causing a fire. “No casualties were recorded, nor anyone injured,” said the statement released by Grupo Clarin.

The note says the company registered the event with authorities, who are analyzing the videos with footage of the attack. The investigation of the case was entrusted to Federal Court number 9, under the responsibility of Judge Luis Rodríguez, who described the action as an act of “public intimidation”.

The Asociación de Entidades Journalísticas Argentinas (Adepa) issued a statement in which it “strongly condemns” the attack on the headquarters of Grupo Clarín. “It is a violent expression of intolerance. A serious attack on freedom of expression, ”points out the note, which still requires“ rapid clarification ”on the case.

Argentine President Alberto Fernández spoke of the attack on Tuesday, also in a tone of condemnation of the act. “I want to express our rejection of the episode which took place in front of the offices of the Clarin newspaper. Violence always affects democratic coexistence, ”the head of government wrote on Twitter.

“We hope that the facts will be clarified and that the perpetrators will be identified on the basis of the ongoing investigation,” added the president.

The country’s Security Minister Aníbal Fernández also used Twitter to express his rejection of the action against Grupo Clarin. “I hope the perpetrators are identified and held accountable,” he said.