Britain has opened doors for those taking quacksin from today, the problem of quarantine is over 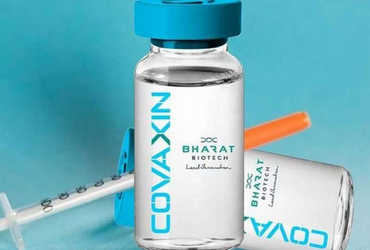 The British government added the Chinese Sinovac and Sinoform vaccines to the approved vaccine list along with Covacin.

The British government has given relief to those who have been vaccinated against India’s corona vaccine. From today, Britain will allow people taking covacin to come there themselves. Britain has included India’s Covacin in its list of approved vaccines. Passengers receiving India Biotech-manufactured vaccines from 22 November will no longer have to quarantine in the UK. The World Health Organization (WHO) announced that the UK has given the nod to Covaxin following Wu’s approval.

Britain’s decision will bring relief to thousands of Indian travelers who have taken Covaxin and are awaiting approval. The British government has added the Chinese Sinovac and Sinoform vaccines to the approved vaccine list, along with Covacin.

Covacin is the second largest vaccine used in India. Previously, travelers receiving the vaccine had to remain in quarantine after arriving in the United Kingdom, but the rule did not apply after 4:00 pm on 22 November.