Boris Johnson argues before Parliament that he will not resign 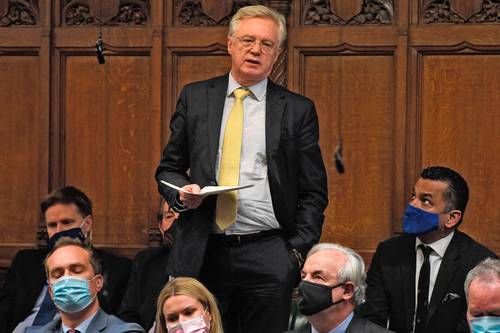 London. British Prime Minister Boris Johnson said yesterday that he will not resign as demands multiply for him to do so amid the scandal over a series of parties at the official Downing Street residence during confinement due to the covid-19 pandemic.

The ruler is trying to quell an internal revolt from his own lawmakers, while facing opposition calls for him to resign.

Johnson, who in 2019 won his party’s largest majority in more than 30 years on a promise to “get Brexit done,” has repeatedly apologized for the parties and said he was unaware of them.

However, he attended what he said he thought was a business meeting on May 20, 2020 in which participants had been told to bring their own drinks.

Every week the premier offers absurd and frankly unbelievable defenses of the Downing Street parties, and every week they are taken down, said Keir Starmer, leader of the opposition Labor Party.

Starmer, who welcomed the defection of lawmaker Christian Wakeford, who left the Conservatives to join Labour, asked Johnson whether a premier should resign if he misleads Parliament.

The cascade of criticism was joined by David Davis, former Brexit minister, who during a question session with Johnson in the House of Commons, exhorted him: in the name of God, go away!

Asked if he would resign, the premier replied: no.

In an attempt to put out the fire, Johnson announced that starting on the 27th the use of face masks will no longer be mandatory, working from home will not be officially recommended and the health pass will not be required to access nightclubs and certain massive gatherings.

To launch a leadership challenge, 54 of 360 Conservative MPs must write letters of censure to the chairman of the party’s 1922 Committee.

So far, 20 Conservatives who won their seats in the 2019 national election plan to submit letters showing their lack of confidence in Johnson, the Telegraph newspaper reported.

An analysis by The Times showed that 58 Conservative lawmakers had openly criticized the premier.

Ousting Johnson would leave the UK in limbo for months, just as the West grapples with the Ukraine crisis and the world’s fifth largest economy grapples with the wave of inflation unleashed by the covid-19 pandemic, with British inflation accelerating at its pace. highest in nearly 30 years.