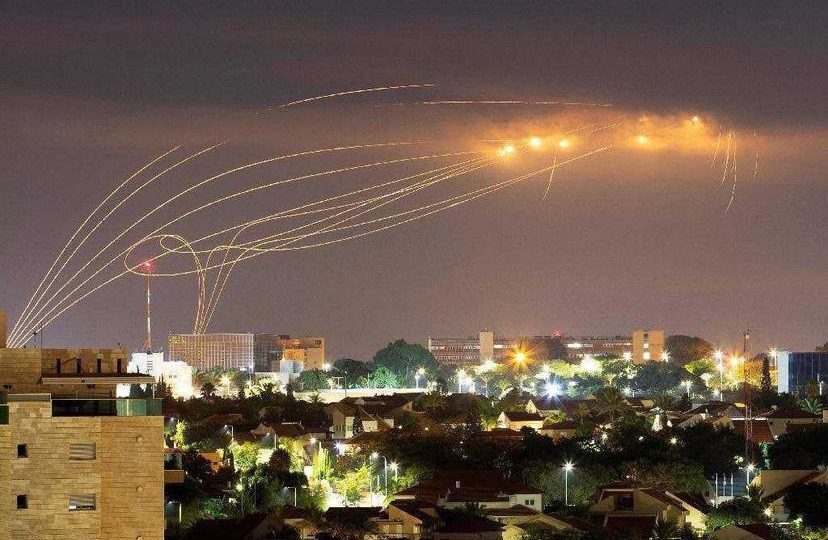 This Sunday, calls from UN Secretary General António Guterrez calling for an immediate ceasefire between Israelis and Palestinians failed to advance. Rockets and mortars were launched by the hundreds from the Gaza Strip towards southern Israel, while the government of Benjamin Netanyahu responded with massive aerial bombardments on suspected military targets, but leaving dozens of civilian casualties on the path.

It was the worst day of the conflict that began a week ago, with 42 dead, including 10 children, on the Palestinian side. The Israeli prime minister said civilians died because Hamas “criminally attacks us from points adjacent to schools, homes and office buildings.” Netanyahu does not see the end of the conflict in the short term and has said he will do “whatever is necessary to restore peace and order.” “But it will take time,” he added. The New York Times newspaper reports that the commander of the Israeli forces in the south of the country, Eliezer Toledano, told Kanan public television that it was “important to continue and exhaust the campaign that has started now that we have managed to get in and do deep damage to Hamas. ” In response, the deputy head of Hamas told the same channel that “if Israel does not want to stop, we will not stop”.

“The conflict threatens to drag Israelis and Palestinians into a spiral of violence with devastating consequences for both communities and the entire region,” said the UN secretary general. “It has the potential to trigger an unmanageable humanitarian and security crisis, as well as further fuel extremism,” he added. According to the United Nations, since the conflict began on Monday, Israel has carried out 950 airstrikes on the Gaza Strip, killing 181 Palestinians, including 52 children. During the same period, more than 2,900 rockets were launched by Palestinians, killing ten Israelis, including two children.

Research will measure impact of poverty on children’s brains

“We must prepare for dialogue and confrontation” with the United States

Swedish Church declares itself to be a “trans” institution