Blizzard in America, emergency in many states including New York, 7 million people affected 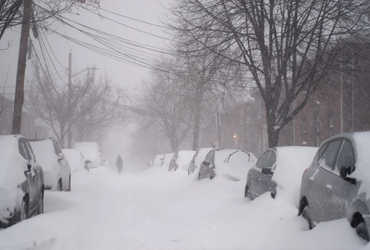 Blizzards in the United States have wreaked havoc in the eastern states.

It is being described as the worst storm of the last few years.

The situation is worse in cities like New York and Boston. Two feet of snow has frozen in New York City. In Massachusetts, 95,000 homes have lost power.

The governor of New York says that the storm is not over yet. The most dangerous phase is yet to come.