Blaming US behind protests in Cuba is ‘big mistake’, says Blinken 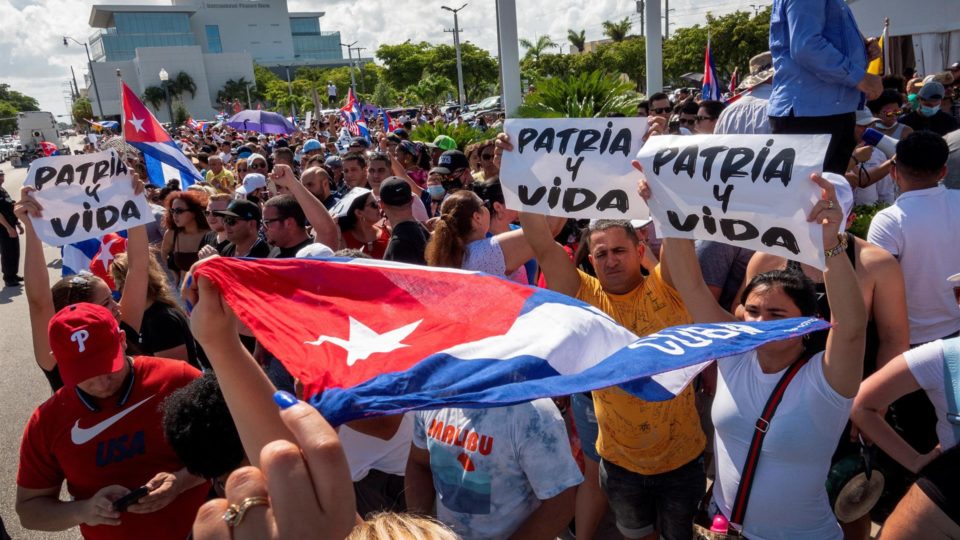 US Secretary of State Antony Blinken said Monday (12) that it is a “serious mistake” to accuse the country of being behind the popular protests in Cuba.

According to Blinken, the demonstrations are a “reflection” of a people “deeply tired” by the “mismanagement and repression” of the Cuban authorities.

At a press conference, the US Secretary of State responded to Cuban dictator Miguel Díaz-Canel’s accusation that “mercenaries paid by the US government” had organized the protests.

Díaz-Canel also blamed the US trade embargo on Cuba for much of the severe humanitarian and health crisis that this Caribbean country is facing.

“It would be a serious mistake for the Cuban regime to interpret what is happening in dozens of localities as the product (of an action) by the United States,” the US foreign minister said at a conference Press.

The protests, according to Blinken, come because the Cuban people are “deeply tired” of the “repression, mismanagement of the economy, lack of adequate food and poor response to the covid-19 pandemic” by the Cuban authorities.

Sunday’s protests were the strongest to have taken place in Cuba since the so-called “maleonazo” of August 1994.

US assesses how to help the Cuban people

The White House also said on Monday that the unprecedented protests in Cuba were “spontaneous” and denied that the embargo imposed by the United States had exacerbated the economic crisis that caused them.

In addition, the US government has said it is assessing how to help the Cuban people “directly”.

Speaking at her daily press conference, White House spokeswoman Jen Psaki said she had no announcement at this time regarding a possible change in US President Joe Biden’s policy towards Cuba.

“(But) obviously, given the protests that have taken place over the past 24 and 48 hours, we are looking at how we can directly help the Cuban people,” he said.

In April, Psaki assured that changing Cuba’s policy was not a priority for Biden, even though his predecessor, Donald Trump, had called for numerous measures to reverse the “thaw” in relations with the Caribbean country which had suffered hardship. affected the Cuban economy.

When asked if, in light of the protests, Biden now sees Cuba’s politics as a priority, the spokeswoman avoided answering a “yes” and simply said Washington would be monitoring what happened. passes on the island.

During Sunday’s protests in Cuba, Psaki said “everything indicates” that they were “spontaneous expressions of people tired of economic mismanagement and government repression.”

Cuban dictator Miguel Diaz-Canel accused “mercenaries paid by the US government” of organizing the protests and blamed the crisis on the US trade embargo.

Asked about it, Psaki said that the US embargo imposed 60 years ago “allows humanitarian goods to reach Cuba” and that Washington “expedites any request” it receives to “export medical or humanitarian supplies” to the island, as well as goods. agricultural.

Psaki addressed the situation in Cuba hours after Biden himself spoke of the protests, which he described as “a call for freedom” in the “courageous” exercise of “fundamental rights.”