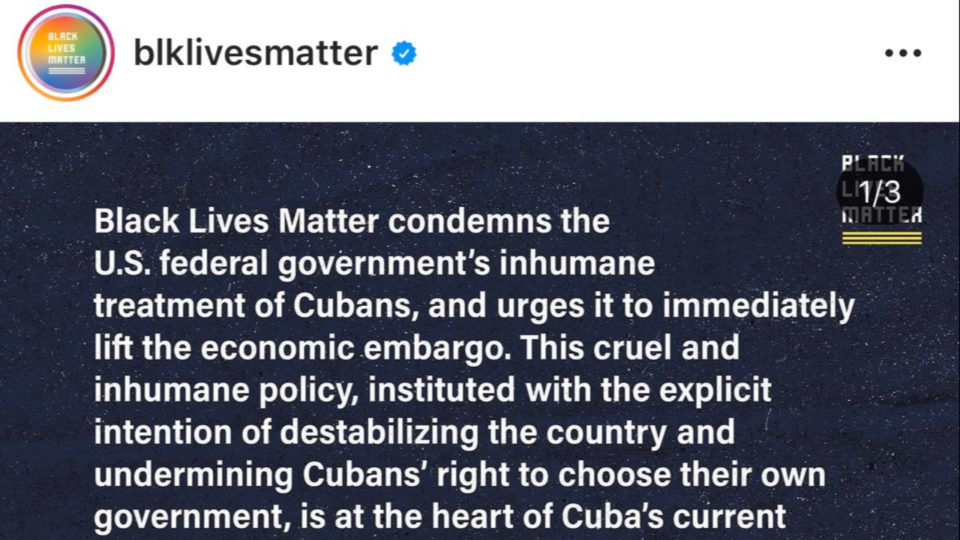 The Black Lives Matter organization blamed the United States – not the Castro dictatorship – for the “inhuman treatment” of Cubans, urging Joe Biden’s government to end the embargo on the island. In a note posted to its social media profiles on Wednesday (14), the BLM said the US embargo was instituted with the “explicit intention” to destabilize Cuba and “undermine the right of Cubans to choose their own government. “.

“The Cuban people are being punished by the US government because the country has maintained its commitment to sovereignty and self-determination,” the statement continued, which later praised the communist dictatorship. “Cuba has historically demonstrated its solidarity with people of oppressed African descent.” The note does not at any time mention the regime’s arbitrary arrests and violence to suppress protests for freedom.