Bitcoin will soon be currency in El Salvador 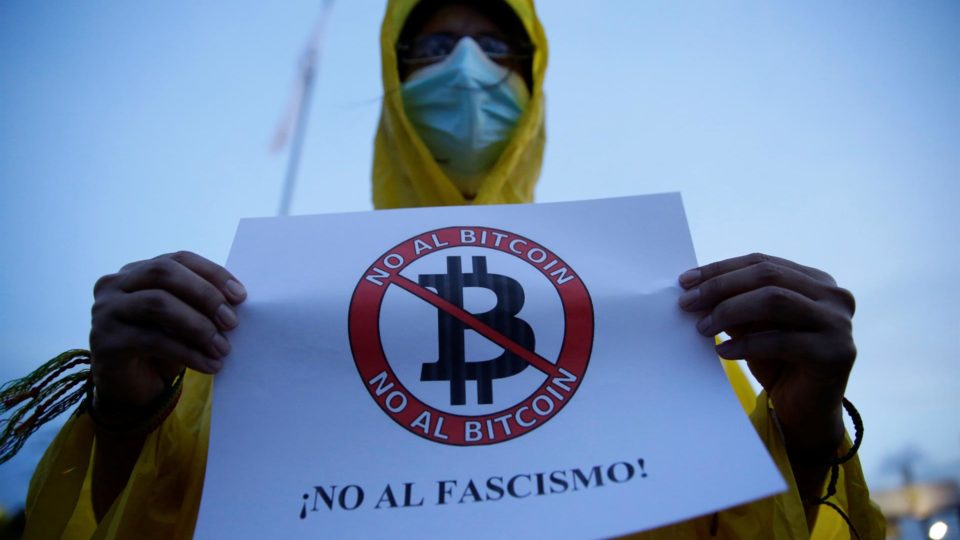 On September 7, 2021, El Salvador will become the first country to have bitcoin as a currency.

The government has even gone further by promoting the use of cryptocurrency, offering $ 30 in bitcoin for free to citizens who sign up for the country’s national digital wallet, known as “Chivo” or “nice” in Portuguese. Foreigners who invest three bitcoins in the country – currently around US $ 140,000 – will receive a residence permit.

Does making bitcoin currency mean that all stores and merchants in El Salvador will now have to accept digital payments? If more countries do the same, what will that mean for consumers and businesses around the world?

As an economist who studies wealth and money, I think a brief explanation of what “legal tender” is will help answer these questions.

What is legal tender?

Legal tender refers to money – usually coins and banknotes – that must be accepted if offered as payment for a debt.

The face of each US dollar bill reads: “This bill is legal tender for all public and private debts. This statement has been enshrined in US federal law in various forms since the late 19th century.

The dollar is not only legal tender in the United States. El Salvador, for example, switched from the colon, its old currency, to the US dollar in 2001. Ecuador, Panama, East Timor, and the Federated States of Micronesia also use the dollar as legal tender.

Do traders have to accept legal tender?

But despite the above definition, the existence of legal tender does not mean that all businesses should accept it as payment for a good or service.

This is why many businesses, such as airlines, accept payment exclusively by credit card, and many small retailers only accept cash.

As the US Treasury notes, there is “no federal law that states that a business, person or private organization must accept currency as a form of payment for goods or services. Private companies are free to develop their own policies on accepting money, unless there is a state law that says otherwise. “

And it wouldn’t be any different if the United States made bitcoin a currency. Private companies would not have to accept it.

However, there is clearly confusion in El Salvador on the issue. Salvador’s original bitcoin law, passed in June 2021, states that “every economic agent must accept bitcoin as a means of payment when offered to him by anyone who purchases a good or service.”

This sparked protests and aroused skepticism from economists and others. As a result, Salvadoran President Nayib Bukele said on Twitter in August that businesses did not need to accept bitcoin.

Why did El Salvador create the bitcoin currency?

El Salvador is betting that being the first country to fully open its doors to bitcoin will help boost its economy.

President Bukele said he believes this will encourage cryptocurrency investors to spend more in his country. He even has a plan for El Salvador’s national geothermal energy company to use energy from the country’s volcanoes for bitcoin mining.

Creating or mining bitcoin requires a lot of energy, so mining only makes sense in places where electricity is cheap.

Stand where an ATM will operate to convert bitcoins into US dollars, San Salvador, El Salvador, August 30 | EFE / Rodrigo Surah

The $ 30 given to every citizen who joins the cryptocurrency wave will temporarily boost the economy. However, the overall impact is likely to be a boost in the short term. The impact of similar incentives in other countries, such as aid given amid the Covid-19 pandemic, appears to end after people have spent the money. In addition, it is uncertain whether El Salvador’s increasingly indebted government will be able to make these payments.

And the widespread adoption of bitcoin will likely take years. El Salvador is installing 200 bitcoin vending machines to allow people to convert cryptocurrencies into dollars.

Since only 30% of the population of the Central American country has a bank account, I think the US dollar will still be used in El Salvador for a long time, even if its president wants to switch to bitcoin.

[Creative Commons] 2021 The Conversation. Posted with permission. Original in English