Biggest IS attack in Iraq-Syria since 2017: 20 soldiers killed 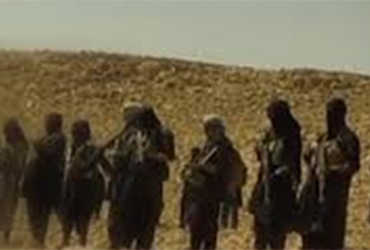 Over 100 IS militants attack prison with heavy weapons to free 3,000 comrades, 23 killed

Baghdad: IS militants have resumed operations in Iraq. One such attack took place in Baghdad, Iraq. IS terrorists opened fire on the convoy of soldiers.

At least nine pro-US Kurdish soldiers have been killed and several others injured in an attack on a Syrian prison. In retaliation, 23 terrorists of IS are reported to have been killed. According to Iraqi security officials, the bomber was killed shortly after noon in front of a rally in Baghdad’s al-Ajim district.

IS terrorists stormed the army barracks at around three o’clock late in the night. After which he shot a sleeping person. 11 soldiers died on the spot. While many passengers have been injured in the firing and they are undergoing treatment.

The terrorist organization IS was weakened in 2017 and since then it has not conducted any major terrorist attack. The bomber was killed shortly after noon in front of a crowd of mourners. The area where the firing took place is a rural area.

Massive military operation is going on in the area and search is on for the attackers. In October last year, IS militants attacked a Shia Muslim village in Diyala province, killing 11 civilians and injuring several others.

The terrorists kidnapped the villagers and demanded ransom leading to the death of these civilians in the process. IS attacks have intensified once again in Iraq and Syria. On the other hand, the attack on the Syrian prison is considered the biggest IS attack not only in Iraq and Syria but in the entire province, Kurdish military spokesman Farhad Shami said.