Big promise of Taliban, relief to India by dodging Pakistan 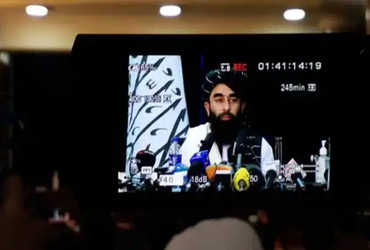 Taliban spokesman Zabihullah Mujahid said in an interview to Tolonews on Tuesday that Afghan land would not be allowed to be used against any other country.

Mujahid said the Taliban spokesman also signaled a turnaround on Pakistan’s intentions and said that Afghanistan’s land would not be used against any other country.

“We want to assure our neighbors and regional countries that we will not allow our land to be used against any country in the world,” Mujahid said. We also assure the world community that we are committed that no harm will come to you from our land.

Mujahid stressed that the Islamic Emirate is promising the countries of the world that Afghanistan will not pose any threat to any country.

The Taliban has made the promise at a time when much of the world, including India, is concerned that Afghanistan will once again become a haven for terrorist organizations under the Taliban regime.

Barring a few countries like Afghanistan, China, Pakistan and Russia, others have closed the doors of their embassies. Mujahid said that the security of all foreign embassies is important to them and all are completely safe.

A Taliban spokesman also said that opium cultivation would no longer be allowed in Afghanistan. For this, the Mujahideen appealed to the whole world to encourage alternative means.