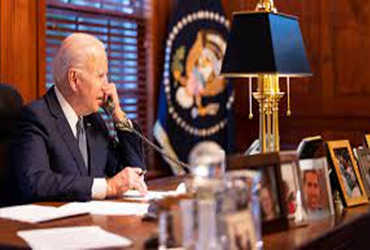 Washington: A war can break out in Ukraine at any time. US President Joe Biden and Russian President Vladimir Putin are likely to hold talks today (Saturday) after warnings from Western countries. This is what Putin suggested for a telephone conversation. He called for the talks to be held on Monday, but Biden insisted they be held today (Saturday) as soon as possible.

Meanwhile, Australia and New Zealand have advised their citizens to leave Ukraine. Because Washington has said that Russia is likely to invade Ukraine at any time, including through airstrikes.

In the midst of this situation, US Secretary of State Anthony Blinken has expressed hope that President Putin will choose a diplomatic solution to the Ukraine problem rather than war.