Biden maintains deadline for withdrawal of civilians from Afghanistan 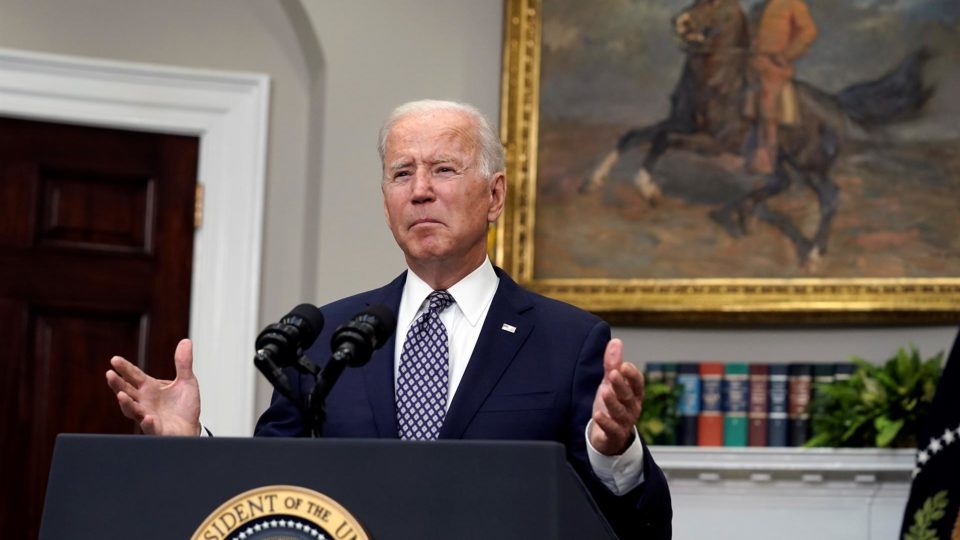 US President Joe Biden speaks on the situation in Afghanistan at the White House in Washington DC on August 24 | Photo: EFE / EPA / Yuri Gripas / POOL

United States President Joe Biden said on Tuesday (24) that he would meet the August 31 deadline for the withdrawal of Americans, Afghans at risk and others who want to flee the Taliban regime in Afghanistan, despite pressure to extend the mandate. He argued that the risk for the operation is increasing every day.

“Every day that we are on the ground is another day that we know ISIS-K is trying to hit the airport and carry out attacks against us, Allied forces and innocent civilians,” Biden said in a statement. speech in the White House, referring to an Islamic State. faction with a presence in Afghanistan that is anti-Taliban.

Biden said the US government was “in the process of finishing [a operação] August 31, “and that he is” determined “to complete the mission. He also said that the completion of the operation on time depends on the cooperation of the Taliban, and that the group continues to allow access to the airport for those who are transported.

About 70,000 people have already been evacuated from the Asian country on flights from Kabul, Biden said.

Aid agencies fear that many Afghans eligible for the shipments will be left behind. These are people who have worked in embassies, as interpreters in other roles for allied countries, as well as civil society leaders and officials of the ousted Afghan government.

The US opposition also called on Tuesday for an extension of the evacuation period from Afghanistan. Senate Republican Party Leader Mitch McConnell urged Biden to “forget” the deadline and expand the security perimeter around Kabul airport for the complete withdrawal of US citizens.

“The Taliban shouldn’t be the ones saying how long we can stay out there to bring our people out. It’s our decision, not theirs,” McConnell said in an interview with Fox.

The Taliban have already said they don’t want to allow an extension of the deadline previously set by Biden.

Some Democratic members of Congress have expressed doubts about the ability of the United States to complete the pullout by the end of August.