Biden brought terrorists from Afghanistan to US: Trump 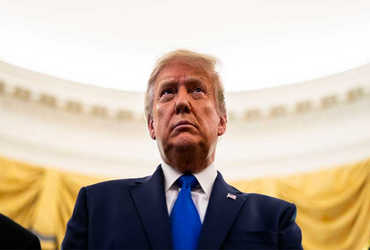 Trump claims to be terrorists among those airlifted

Biden caught Taliban despite warnings from military agencies: US lawmaker

Only 4000 Americans out of 26000 were airlifted from Afghanistan: Trump

Washington: America has airlifted many Afghan citizens and brought them to America. After which former President Donald Trump said that thousands of terrorists were not brought from Kabul to America?

“If Biden hands over Afghanistan to terrorists and withdraws the military, our American citizens are left to die there,” Donald Trump said. Of the 3,000 people evacuated from Afghanistan, only 3,000 are Americans. Now we can only guess how many terrorists have been brought to America from Afghanistan. What a terrible trouble and no investigation has been done.

Trump’s Republican lawmaker Mike Waltz, on the other hand, introduced a resolution in the House of Representatives that ignored Biden’s advice to the military and intelligence agencies about Taliban terrorist activities that led to the Taliban’s occupation of Afghanistan. As a result, America has been shamed globally.