Biden announces end of US combat mission in Iraq 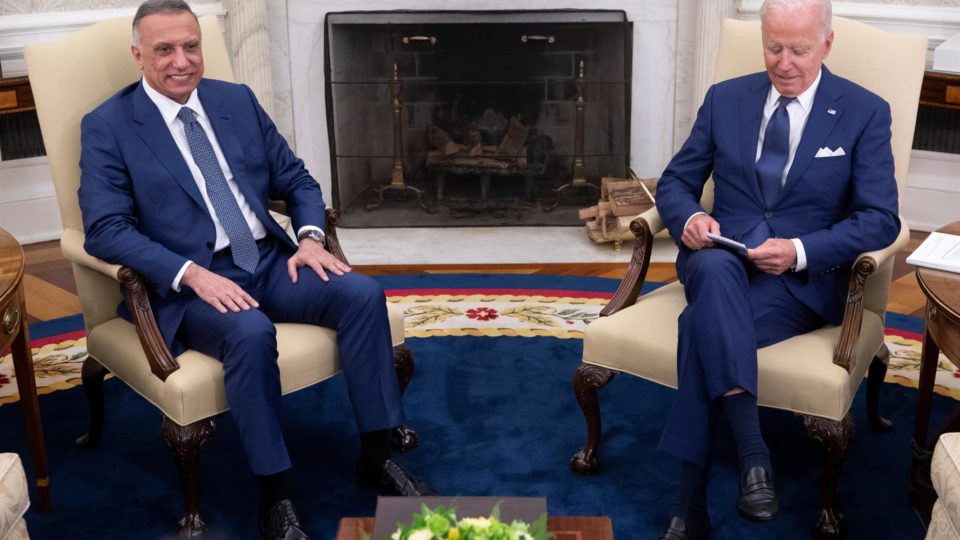 US President Joe Biden and Iraqi Prime Minister Mustafa al-Kadhimi reached an agreement to officially end the US combat mission in Iraq by the end of 2021. The two leaders met at the White House on Monday ( 26).

In announcing the end of combat activities in Iraq, Biden did not specify how many US troops, of the approximately 2,500 currently stationed in the region, will remain in the Middle Eastern country. The US president informed that the troops will exclusively assist Iraqis in training and advice, activities that had already been carried out.

“Our role in Iraq will be to be available, to continue to train, assist, assist and deal with the Islamic State when it comes along, but we will no longer be on a combat mission at the end of the year,” Biden told reporters. at the White House Oval Hall during the meet.

The announcement follows the US government’s decision to withdraw all of its troops from Afghanistan by the end of the year.

A joint statement from the two countries indicates that “the security relationship will shift completely to a role of training, advising, assisting and sharing intelligence, and there will be no US force with a combat role in Iraq in the December 31, 2021 ”.

Officials told Voice of America that the focus of the US presence in Iraq will be on preventing a repeat of the events of 2014, when the Islamic State (IS) took control of large parts of Iraqi territory. , including Mosul, the third largest city, and tens of thousands of fighters scattered across Iraq. At the time, Iraqi government forces almost collapsed and suicide bombings were perpetrated.

“No one will declare ‘mission accomplished’,” a US official told reporters on the eve of the meeting between the two leaders, possibly referring to the May 2003 speech in which then-President George W. Bush, declared that combat operations were closed. in Iraq.

“The goal is the lasting defeat of ISIS. We recognize that the pressure must be kept on these networks as they seek to reconstitute themselves, but the role of US and coalition forces may be relegated to the background , where we train, advise, share intelligence, help with logistics. That’s where we are now, ”the official said, VoA reported.

The Iraqi government declared victory over Islamic State in 2017, but the group’s remnants continue to carry out suicide attacks. ISIS last week claimed responsibility for an attack that left more than 30 dead in a market in the capital Baghdad.

Recently, bases housing US troops and US diplomats have been the target of drone and rocket attacks, which the US government and analysts have blamed on Iran-backed militias.

Khadimi is working with the United States and trying to counter the actions of these Iran-aligned militias, but his government condemned the US bombardment of militia positions in Syria and Iraq in June, calling it a violation of sovereignty Iraqi.

In Iraq, the American presence is a subject of controversy; some advocate US military support while others, including pro-Iranian political groups, call for troop withdrawal.

What does the decision mean in practice?

According to analysts, unlike in Afghanistan, a massive withdrawal of US troops from Iraq is not expected. Kirsten Fontenrose told the Atlantic Council that “in Iraq, the reduction [de tropas] this is yet another rebalancing, removing combat forces and replacing them with trainers who will continue to build the capacity of the Iraqi security services. “

Other analysts have pointed out that Biden’s announcement has more symbolic than practical effects, as US troops in Iraq have not been engaged in combat missions for over a year.

A US-led coalition invaded Iraq in March 2003 on accusations that Saddam Hussein’s regime harbored weapons of mass destruction. Saddam was removed from office and the weapons were never found.

The withdrawal of US troops from Iraq – which reached 170,000 in 2007 – ended in December 2011, ending the war. In 2014, with the advance of the Islamic State of Syria in parts of Iraq, there was a new intervention by the United States, along with forces from other countries, to combat the Islamic extremist group. In recent years, the US mission has focused on assisting in the fight against ISIS militants in Iraq and Syria.