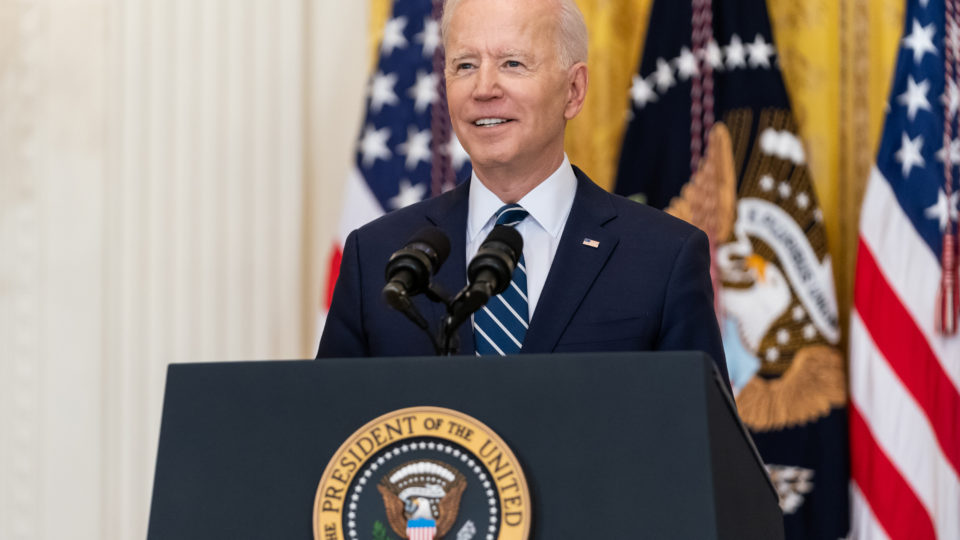 US President Joe Biden announced on Tuesday (4) that the United States would give other countries, by July 4, around 60 million doses of the Oxford / AstraZeneca vaccine against Covid-19. When asked if Brazil and India could benefit from it, Biden said he would not indicate which nations would receive AstraZeneca vaccines, but said they would be sent within the timeframe mentioned to d other countries, indicating that Brazil could benefit.

“By July 4th, we will have sent about 10% of [estoque] that we have for other countries, including some of the ones you mentioned. “

Biden said the country has already sent doses of AstraZeneca to Canada and Mexico. In addition, he highlighted the assistance the United States has provided to India, citing the shipment of oxygen and components for vaccine production. At another point in the event, a reporter asked Biden if he would support patent breaches to speed vaccine production around the world. He just said that this decision would be made in advance, without taking a position.

Earlier, White House spokeswoman Jen Psaki said the US government was in contact with Brazil to provide assistance to hospitals in the face of the accelerating pandemic in the country. At a press conference, the adviser informed that the aid is expected to total around US $ 20 million in drugs used for intubating patients. According to Jen Psaki, the negotiations involve the Pan American Health Organization (PAHO) and are not yet finalized.

The White House recently announced that it would help tackle the health crisis in India, which has seen record cases and deaths from Covid-19. The spokeswoman said the aid sent by the White House to India includes 1,500 oxygen cylinders, 550 oxygen concentrators and a large-scale oxygen generation unit.

When asked if any part of AstraZeneca’s vaccine stocks that would be donated by the United States would go to Brazil, Psaki simply replied that there was “a range of demands” from around the world for drugs. vaccines.

Also on Wednesday, Joe Biden announced new goals to advance Covid-19 vaccination. He said that by the July 4 public holiday, the official goal is for 70% of Americans to have received at least one dose of the immunizer, with 160 million people fully vaccinated.

Biden said more than 220 million vaccines against the virus have been applied, while cases and deaths from Covid-19 have declined, especially among older groups, the majority of those vaccinated. According to him, 70% of the country’s seniors are now fully immunized. “Tens of thousands of people are alive because they had access to a rapid vaccination program,” he said.

The US president has said his government now aims to vaccinate adolescents between the ages of 12 and 15, as soon as the local regulatory agency, the FDA, approves it. He also said authorities intended to move smaller vaccination centers to areas where the number of people vaccinated is lower, such as rural areas, in addition to convincing those who are still hesitant to get vaccinated. . He called for the youngest, in their thirties and forties, to be also vaccinated, to protect themselves as well as the older ones, and recalled that the country is still losing “hundreds” of people under 65 because of illness every week.

Even in a bid to make further progress in vaccination until July 4, Biden stressed that the vaccination campaign in the United States will continue after that.