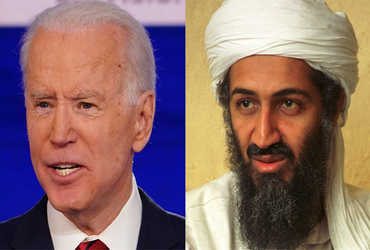 WASHINGTON: US President Joe Biden has been widely criticized for withdrawing troops from Afghanistan and taking over the country. Biden’s decision is expected to deal a big blow not only to Afghanistan but also to America.

According to a report, this letter was written by al-Qaeda chief Osama bin Laden in 2010. It is alleged that the ambassador informed Biden about this. With this, Biden himself will create problems for America. Osama believed that Biden would prove to be an incompetent president.

The United States invaded Afghanistan in retaliation for bin Laden and Al Qaeda after the 9/11 attacks on the United States. However, bin Laden never came into his hands during this war. He was finally found ten years later, on May 2, 2011, in Abbottabad, Pakistan and killed in a covert military operation.

Bin Laden had previously written a 48-page letter to a man named Sheikh Mahmood in 2010. According to media reports, in the letter, Osama warned his organization al-Qaeda not to target Biden.

Osama believed that if something happened to current President Barack Obama, Biden would become president, Biden himself would put America in trouble. The letter is dated May 2010. Osama did not plot to assassinate Biden because he believed that Biden was not fully prepared to take over America.