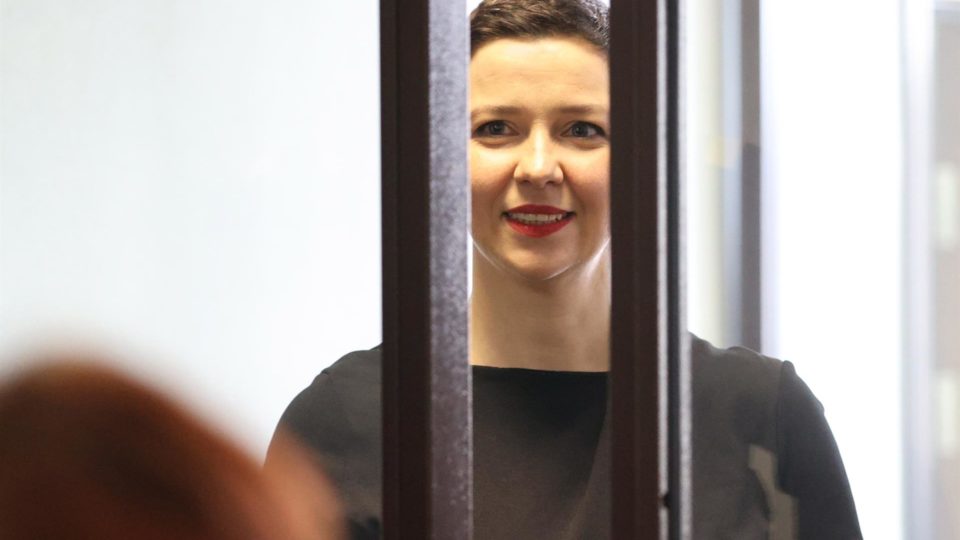 The district court in Minsk, Belarus, on Monday sentenced opposition leader Maria Kolesnikova, winner of the Sakharov Prize for freedom of conscience, and opposition lawyer Maxim Znak, accused of creating and directing an extremist organization to seize power, to 11 and 10 years in prison. prison, respectively.

According to the human rights organization Viasna, the two members of the chairmanship of the Opposition Coordinating Council for the Peaceful Transfer of Power were found guilty of acts against national security, of establishing and directing an extremist organization and conspiracy to seize power in unconstitutional form.

The trial of the two opponents, which the prosecutor’s office said in July last year created a secret plot to unconstitutionally seize power in Belarus in July last year, began on August 4 behind closed doors.

According to a statement by the Belarusian Attorney General published in her Telegram account, Maria Kolesnikova will serve her sentence in a general regime prison and Znak in a maximum security prison.

Znak’s attorney said he plans to appeal the ruling soon.

Audience videos show Kolesnikova dressed in black, as usual, in “the aquarium” with Znak forming a heart with her hands.

It is one of the symbols of the three Belarusian women opposition leaders, Svetlana Tijanovskaya and Veronika Tsepkalo, as well as Kolesnikova, during the election campaign: a closed fist, a V for victory and a heart made of their hands.

The opposition decided to create a Coordination Council for the peaceful transfer of power after the outbreak of demonstrations against the fraud in the presidential elections of August 9, 2020, in which the president, Alexandr Lukashenko, was re-elected with more than 80% votes, according to official data.

These elections were viewed as fraudulent by the opposition and the West. All members of the council presidency have been imprisoned or exiled.

Maria Kolesnikova was arrested and imprisoned after refusing to be expelled from the country by the KGB.

Afghanistan crisis: External Affairs Minister Jaishankar had to go to Mexico, Panama and Guyana in the middle of foreign tour

Taliban will be saddened by taking over Afghanistan: US