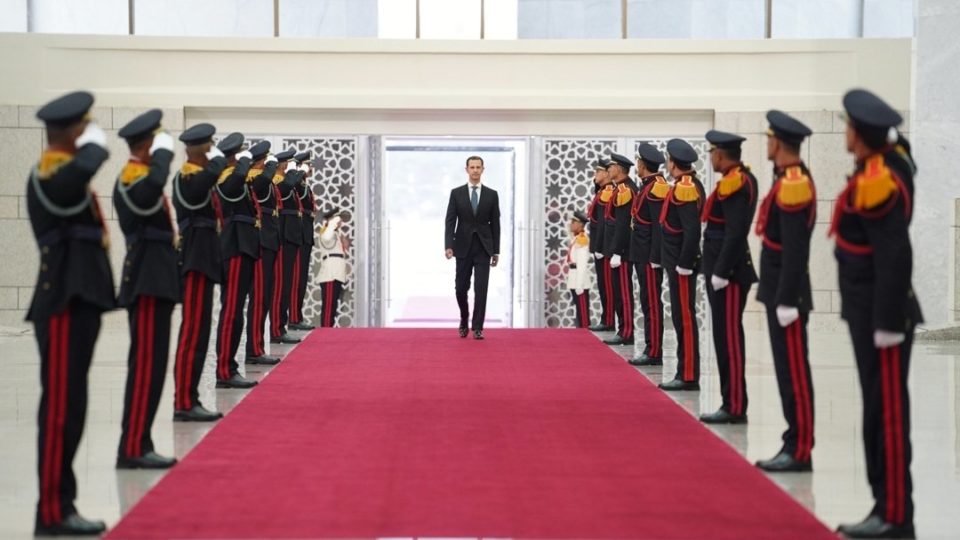 Al-Assad was received with military honors and held a ceremonial parade through orchestras and weapons. Photo: Syrian Government / Twitter

Syrian President Bashar al-Assad took office on Saturday (17) for a fourth consecutive term of seven years each, after securing a large victory in a controversial election on May 26. “On the basis of Articles 7 and 90 of the Constitution of the Syrian Arab Republic, I have the honor to invite President Bashar al-Assad to take the constitutional oath,” announced the Speaker of Parliament at the Damascus Palace, Hamuda al-Sabag.

Al-Assad was received with military honors and held a ceremonial parade through orchestras and weapons. Then I walk to the room where hundreds of members of his government, parliamentarians, representatives of civil society and high-ranking military commanders were waiting for him.

Bashar al-Assad took office in 2000, after the death of his father, Hafez Al-Assad, and, according to the current constitution, will have to step down from the presidency at the end of his current term in 2028. He obtained 95, 1% of the vote at the end of May in an election strongly criticized by the opposition and a large part of the international community.