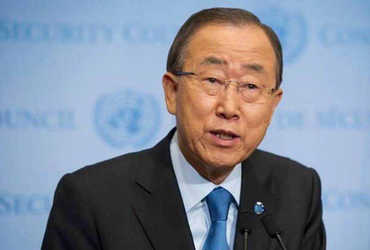 The former Secretary General of the United Nations (UN) has been appointed as the first Indian diplomat. His ties with India during this period were so strong that even 70 years later, half of his heart remains in India, Moon says in his autobiography.

Banki Moon, in his autobiography, has said that his three-year stint in India was the most exciting time of his life. He describes in this autobiography how he grew from a child of war to a messenger of peace.

Moon’s earliest memories, born a year before the United Nations came into existence at the age of 18, relate to the sound of bombs in her Korean village and objects burning in flames.

“This was my first diplomatic posting in India,” Bain wrote of his days in India. Me and my wife Soon-Tak reached Delhi on 14 October. I worked there for about three years.

He served first as the Deputy Consul General of the Korean Consulate General and then as the Second Secretary of the Korean Embassy. I still tell Indian people that half of my heart resides in India.

Ban’s daughter Seon-yong was only eight months old at the time and their son Woo-hyun was born on October 30, 19, in India. “I used to joke with Indians that my balance sheet with India was correct because my son was born in India and my daughter Hyun-Hina was married to an Indian citizen,” wrote Ban.