Bad condition of Pakistan Navy: Only 2 submarines on duty, likely to remain like this till next year 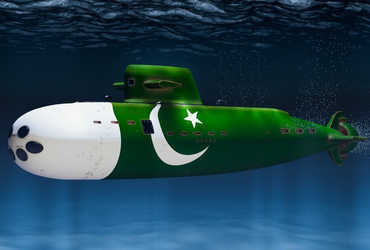 – Not only the submarines of Pakistan, the warships are also facing the crisis

The condition of the Pakistan Navy, which is preparing to challenge India, is not looking good at the moment. Due to technical difficulties and midlife refit, only two Pakistani submarines are currently operational. This means that at present only 2 submarines are active in the sea areas.

Of the 5 Agusta class submarines in Pakistan, 3 are currently being upgraded or have technical problems. Because of this the submarine is currently unable to land in the sea. By the middle of next year, Pakistan will have to operate with only 2 submarines.

Pakistan will have to take the lead by the middle of next year with only 2 submarines Agosta 90-B and Agosta-70. It has been learned that Pakistan’s Augusta 70 class submarine PNS Hurmat has a problem with its engine as well as its electronic warfare support system. Because of this the submarine is currently not in working condition.

Not only Pakistani submarines, but warships are also grappling with the crisis. Pakistani warship PNS Khyber is a Guided Missile Destroyer and is making a lot of noise.