Attack on Kabul, prayer at Afghan Rashtrapati Bhavan and rockets dropped nearby 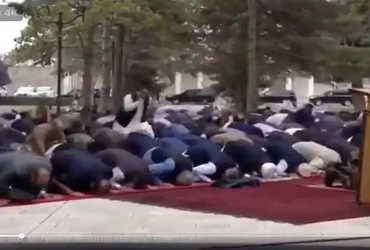 The flames of the ongoing war between the Taliban and the Afghan army in Afghanistan are now burning Kabul after the withdrawal of American troops.

Eid prayers were being offered at the Afghan president’s official residence in the capital Kabul on Tuesday and rockets were raining nearby. A viral video has also surfaced regarding this. However, there is no report of any casualty. President Ashfaq Ghani and other leaders of the country were also present during the prayers.

The attacks are believed to have been carried out by the Taliban, who have now moved closer to Kabul. The rockets were fired from a district north of Kabul and landed in two areas of Kabul. Rashtrapati Bhavan is located near here.

President Ghani said the Taliban had no desire for peace. People will now have to unite and show their will against the Taliban. Does the Taliban have a positive attitude towards the people of Afghanistan and especially women?

The district from where the rocket is suspected to have been fired after the rocket attack is being searched by the Afghan army.