Asteroid Bennu may hit Earth, NASA says when it may collide 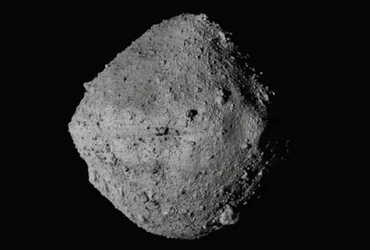 US space agency NASA said earlier this week that an asteroid named Bennu as big as the Empire State Building in New York could hit Earth. But about this, NASA has now clarified the situation and said that when this can happen. The probability of Bennu hitting Earth is now known to be one in 1,750 by the year 2300.

According to a New York Times report, scientist David Farnochia, who, along with 17 other scientists, wrote a study on the risk assessment of near-Earth asteroids (101955) Bennu, told the New York Times that the impact was still more than double are less. Like long ago. Don’t worry the chances of the effect are really very low. It has been studied on Bennu using OSIRIS-REx.

How close will Bennu come?

Scientists estimate that these asteroids will be within 125,000 miles of Earth by 2135, which is about half the distance from Earth to the Moon. Scientists say that a certain distance is necessary here. Scientists have warned that 24 September 2182 could be a dangerous day. However, the probability of Bennu hitting Earth is only 0.037 percent. He also assured that this would not be an extinction-like event, but the destruction could be on a large scale. Lindley Johnson, who works as a planetary defense officer at NASA, says that the crater will be 10 to 20 times the size of the object.