Ashraf Ghani in Tajikistan or Oman, not in UAE 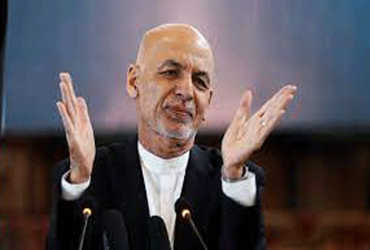 They will now be in Abu Dhabi. Earlier, Russian state media had claimed that President Ashraf Ghani, who was fleeing Afghanistan, carried notes in his bag. But due to space constraints, he had to leave a few bags full of notes on the runway.

In another tweet, he targeted Joe Biden, saying that it is useless to discuss Afghanistan with Joe Biden now. The Afghans have to prove that Afghanistan is not Vietnam and the Taliban are nowhere near like the communists in Vietnam. Unlike US-NATO, we have not lost our passion and are looking forward to great potential. Received warnings, join the protest.