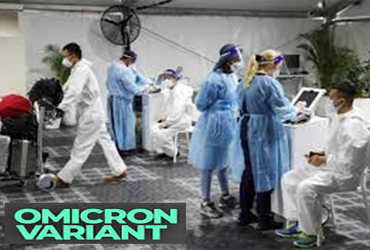 New 64,520 cases of corona in Australia and maximum 80 deaths daily

WASHINGTON: Beginning in his second term, UN Secretary-General Antonio Guterres regretted that the situation in the world had worsened due to the coronavirus pandemic, the climate change crisis and petty wars since he took office five years ago.

I still do this today by talking to heads of state. However, he acknowledged that their numbers were not sufficient to defeat Russia’s invasion of Ukraine. I hope my belief is true.

Meanwhile, Japan had 44,638 cases and 12 deaths. Corona restrictions have now been imposed in a total of sixteen areas in Japan. Which covers one third of the country. Restaurants and bars in Tokyo and other cities will close early Friday.

Meanwhile, Kim Yong, co-chair of the Multidisciplinary Task Force in Singapore, warned that Omicron cases would double in the next two to three days and could record 10,000 to 15,000 cases per day.

Most workers in Singapore can be infected with Omicron and this can affect the work of the country. If 75,000 workers are infected in five days, then 90 percent of the country’s workers can be affected.

Meanwhile, in Australia today, 80 people died daily from Corona. Earlier on Tuesday, there were 78 deaths daily. Of those, 46 were in the state of New South Wales alone. Omicron’s announcement of the reopening of the state’s borders was postponed through February 5 due to the rising number of cases.