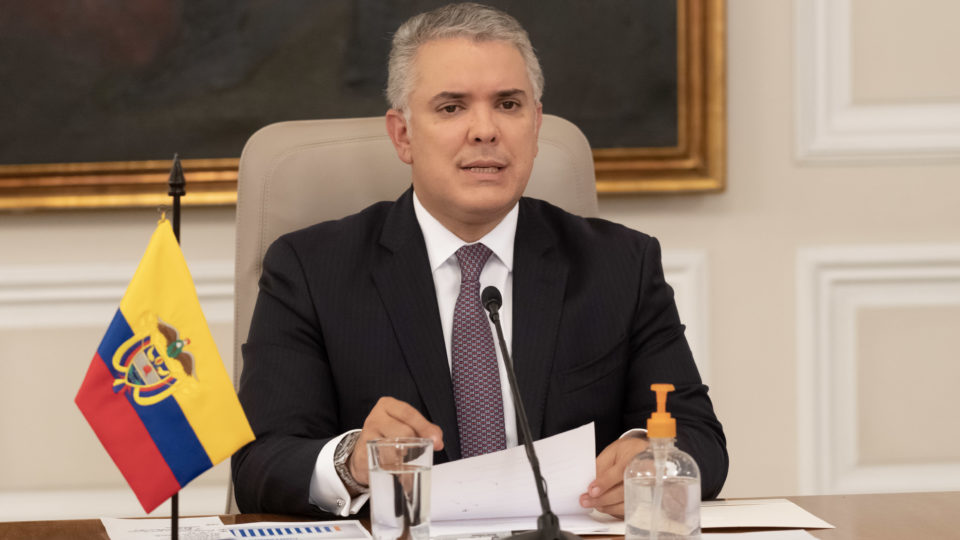 Colombia has been going through a period of strong social unrest since last week, when massive popular protests were called after the presentation of a tax reform bill by Iván Duque’s government to Congress.

The proposal was presented to Congress on April 15 as a measure to finance public spending in Latin America’s fourth-largest economy and aimed to increase the income tax base and increase taxes on services of base and VAT. It was considered very expensive for the middle class and was immediately rejected by unions, social movements and various sectors of society.

Clashes have been reported during protests across the country, primarily in Cali, which has become the epicenter of the clash between police, military and protesters. Investigations by national and UN officials report 19 dead – including a police officer – and at least 800 injured on Tuesday 4.

The government has criticized the violence in the protests and officials denounce the alleged involvement of dissident guerrillas and criminal groups in these acts. Cali and neighboring regions have been militarized in operation in an attempt to ensure order, but the excessive use of force has been denounced by international observers and Colombians themselves through social media.

Cali was the first city to be militarized on Friday, amid excesses on the fringes of peaceful protests. In Bogotá and Medellín, opposition mayors have rejected offers to militarize their cities. However, soldiers patrol the capital by presidential order.

With the increase in repression and popular discontent, protests continue and a new national act has already been called on Wednesday 5, even after the resignation of Finance Minister Alberto Carrasquilla and Duke’s decision to withdraw the draft. initial Congress vote.

The Colombian president is already talking about a new project that has been accepted. The new proposal, shared with political parties, the private sector and civil society, will focus on the temporary taxation of the wealthiest businesses and social classes. Among other things, the reform will include a temporary tariff on corporate income, a tax on assets, dividends and higher incomes, as well as a commitment to deepen state austerity programs.

Understand the current situation in Colombia below:

Protesters took to the streets of major cities in Colombia in defiance of social distancing rules imposed by the Covid-19 pandemic and government security forces, after President Iván Duque presented a tax reform proposal to the Colombian parliament last week.

Unions, teachers, civil, indigenous and other sectors who are dissatisfied with the reform project, deemed too costly for the middle class and insufficient amid a severe moment of the Covid-19 pandemic in the country, called for demonstrations in cities like Bogotá, Barranquilla, Medellín and Cali – the latter which has become the epicenter of clashes between police, army and protesters.

The first acts were committed on Wednesday 28. Large marches and caravans were carried out in several towns, but acts of violence, vandalism and clashes with the police were also recorded.

In Cali, where the clashes were more intense, one person died “in acts related to the protest”, according to Mayor Jorge Iván Ospina, on the first day of the protests.

According to a report by the Ombudsman’s Office, 18 civilians and a policeman died in six days of protest. The Defense Ministry reported that 846 people were injured in the riots, of which 306 were civilians.

What tax reform proposal has been presented by the government?

The proposal presented by Duque aimed to raise around 6.3 billion dollars (34.43 billion reals) between 2022 and 2031. According to the president of economics of the University of Rosário, Carlos Sepúlveda, the proposal aimed to reverse the current model, where 70% of income tax comes from legal persons and 30% from natural persons.

To this end, the project proposed to broaden the taxpayer base, increase taxes, reduce tax exemptions and increase value added tax (VAT) on certain products.

Experts agree that the middle class would be the most punished by reform, especially in the midst of a pandemic and in times of economic crisis.

Another controversial aspect was the increase in indirect taxes. VAT on gasoline, for example, would drop from 5% to 19%, and taxes on basic services would increase in upper-middle-class areas. Even the funeral tax would be increased.

In the case of businesses, the reform would create a surtax of 3 percentage points on income tax and a lower rate for small businesses.

To balance the balance, the government has considered increasing its social investment. The original proposal included a chapter to extend monthly grants to the poorest families with incomes between US $ 22 and 100 (R $ 120.24 and R $ 546.56), depending on the number of people.

With the protests, Duque returned and announced on April 30 that he would review the reform so as not to penalize the middle class. With protests continuing, the president called for the procedural text to be removed from the legislature. On Monday 3, the Minister of Finance, Alberto Carrasquilla, resigned from his post.

What does the government say about the protests?

Since the start of the protests, President Iván Duque has called these acts “low-intensity urban terrorism”, as reported by Colombian newspaper El Tiempo. The publication further states that “the systematic and bellicose nature of the attacks has led local and national authorities to report that there is an infiltration of legitimate demonstrations by criminal organizations.”

Colombian Defense Minister Diego Molano also took a stand, saying dissidents from the Revolutionary Armed Forces of Colombia (FARC) were behind the excesses. In Cali alone – the third most populous in the country – the Defense sent around 3,000 troops to contain the riots that followed the protests.

In an interview with a Colombian radio station, the governor of the department of Valle del Cauca, Clara Luz Roldán, said last week that she “would militarize the city, because unfortunately the people who came out to protest peacefully were not more on the streets, the vandals steal and attack. “

After the convening of an extraordinary security council on April 30, Molano reported the arrest of 30 people and the expulsion of six Venezuelans “committed in violent acts of protest” in the city. “We have identified that the violent events in Cali were premeditated, planned and sponsored by criminal organizations,” he added, without giving further details.

Are there excesses in the repression of demonstrations?

The repression of social movements opposed to the reform has been questioned and criticized by international observers. The office of the United Nations High Commissioner for Human Rights on Tuesday condemned “the excessive use of force” against the demonstrators.

“We are deeply alarmed by the events that took place last night in the city of Cali, Colombia, when police opened fire on demonstrators protesting the tax reform, killing and injuring several people, according to reports received.” , said Marta Hurtado, spokesperson for the Geneva office.

Hurtado also called for calm ahead of another day of protests, scheduled for Wednesday 5, and stressed that the state and public officials must protect human rights such as the freedom of peaceful assembly, while respecting the principles legality, precaution and proportionality, when monitoring demonstrations. . “Firearms may only be used as a last resort in the face of an imminent threat of death or serious injury.”

The director of the NGO Human Rights Watch in America, José Miguel Vivanco, also expressed concern about the escalation of violence in the country. Vivanco has confirmed the authenticity of a video showing a man being killed after assaulting a police officer in Cali. After kicking a policeman who was on a motorcycle, Marcelo Agredo Inchima was shot twice in the back.

One of the videos, shared by American journalist Dan Cohen, shows a policeman executing a civilian who was walking on the sidewalk. Other profiles on the network denounced police brutality against protesters and accused the government of promoting a “massacre” in the country.

CNN sever ties with freelance writer who made anti-Semitic comments

The challenges of public treatment of international politics