artificial intelligence system will give accurate information about arctic ice 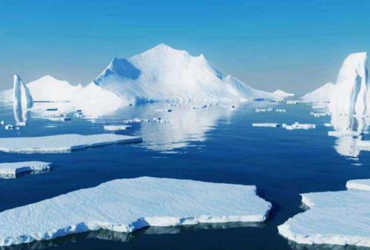 With the help of artificial intelligence, British researchers have developed a system that will give accurate information about the melting of ice in the Arctic Ocean. Various methods have been used till now, but with the help of Artificial Intelligence, real time status can be detected.
Researchers from the British Antarctic Survey have developed an artificial intelligence-based tool that will provide data on the melting ice of the Arctic Ocean. Researchers from the British Antarctic Survey and The Alan Turing Institute jointly developed the AI ​​system. This system, named Ice Net, will give information about how fast, how much ice is melting in the Arctic Ocean.
Most of the Arctic Ocean is in the form of ice. Due to global warming, this ice has been melting rapidly in the last 20 years. Because of this, the researchers also feared that if the ice melted at this rate, most of the ice would melt by the year 205.
This system named isnet will be able to get accurate information up to 5 percent. Tom Anderson, the head of the team of researchers, said that the ice in the Arctic is melting at an incredible speed. The last century has not changed as much in the last 20 years. This has made keeping an eye on the Arctic particularly important. Its glaciers can pose a threat to many countries. In such a situation, iSnet will alert you by providing data thousand times faster than the previous method. The system was tested and showed good results.
Tom Anderson said researchers are now rediscovering the same system. Researchers are working to create a system where data on melting snow can be obtained on a daily basis, just as weather information can be obtained on a daily basis. It is possible to create awareness among the people if the information is made public on a daily basis.