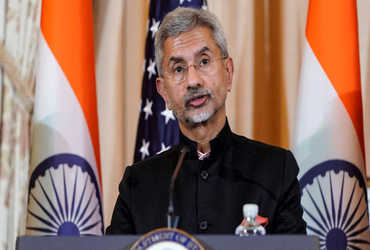 New Delhi: External Affairs Minister S Jaishankar addressed a high-level meeting of the Security Council at the United Nations on threats to international peace and security from acts of terrorism. He said that India has faced challenges and losses related to terrorism.

India believes that terrorism should not be associated with any religion, nationality, civilization or ethnic group. Terrorism in all its forms and manifestations must be condemned. It cannot be justified in any way.

“There are some countries which weaken our collective resolve to fight terrorism, which cannot be allowed,” Jaishankar said. ISIS is further strengthened by securing financial resources. Kills are now rewarded in the form of bitcoin. External Affairs Minister S Jaishankar has issued a statement on India’s concerns over terrorism for the first time since the Taliban’s occupation of Afghanistan.

Addressing the UN Security Council in New York, he said whether it is Afghanistan or India, the army continues to work without any fear with proxy groups like Taiyiba and Jaish-e-Mohammed. He said, ‘Terrorism is exactly like Kovid, no one is safe unless we are safe. But some countries undermine our collective resolve. Saying this Jaishankar pointed to China.

On 9 July, Chinese Foreign Minister Wang Yi met with a Taliban delegation led by Mullah Abdul Ghani Baradar in Tianjin. This group is known for its support of terrorism.