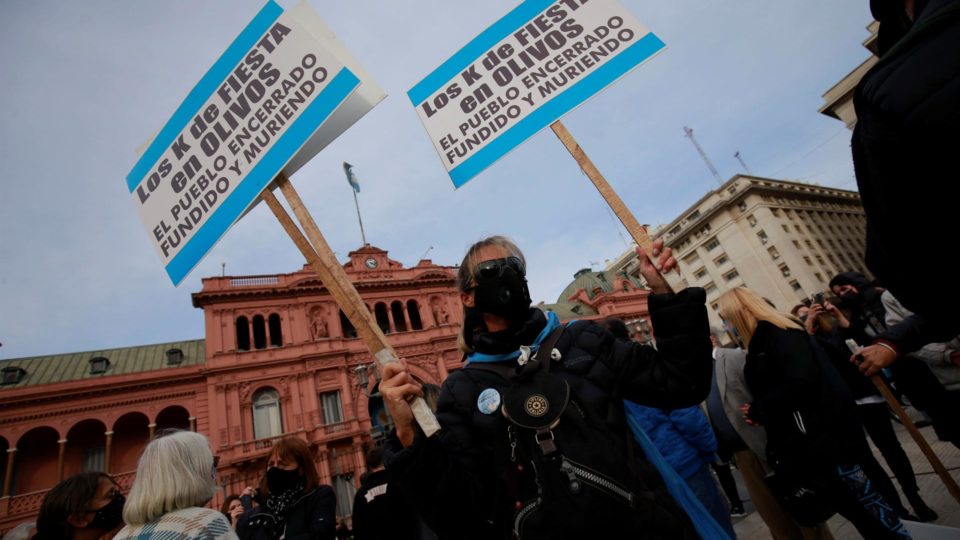 Argentine President Alberto Fernández, who said he was responsible for commemorating his wife’s birthday last year at the Presidential Residence in Olivos at the height of restrictions in the country due to the Covid-19 pandemic , warned the opposition on Monday that it would not be. able to remove him from power because of the episode.

“If someone thinks they’re going to knock me over because of a mistake I made, they’re going to make me stronger,” Fernández said at a launch event for a university innovation center in the province of Buenos Aires.

Last week, the leak of photos of First Lady Fabiola Yáñez’s party at the presidential residence sparked a scandal amid the November legislative election campaign and prompted the opposition to demand Fernández’s impeachment.

On Monday, the Argentine president opened fire on the opposition, saying he would “never” hear him apologize for policies and actions like those carried out by the government of his predecessor, Mauricio Macri (2015-2019 ), head of the main wing. of the opposition.

“They will never have to apologize to me because I knelt before the International Monetary Fund (IMF) and I indebted Argentina and generations of Argentines,” he said.

justice is investigating the party

It was the second speech by the Argentine president after images were published on the front pages of the country’s main newspapers last Friday showing a dozen people, including Fernández himself, celebrating the first lady’s birthday.

The party took place on July 14, 2020, as Fernández admitted, when Argentina was under a presidential decree with severe health restrictions due to the pandemic and which included a ban on social gatherings.

The Argentine president is also facing a lawsuit for violating epidemic prevention measures, abuse of power and violation of the duties of a public official.

The complaint was filed on July 28 by two opposition activists when the results of the visits to the presidential residence during the strict quarantine in force in 2020 were published, and prosecutor Ramiro Gonzalez decided to continue the investigation, which was later expanded when photos leaked. of the First Lady’s birthday.